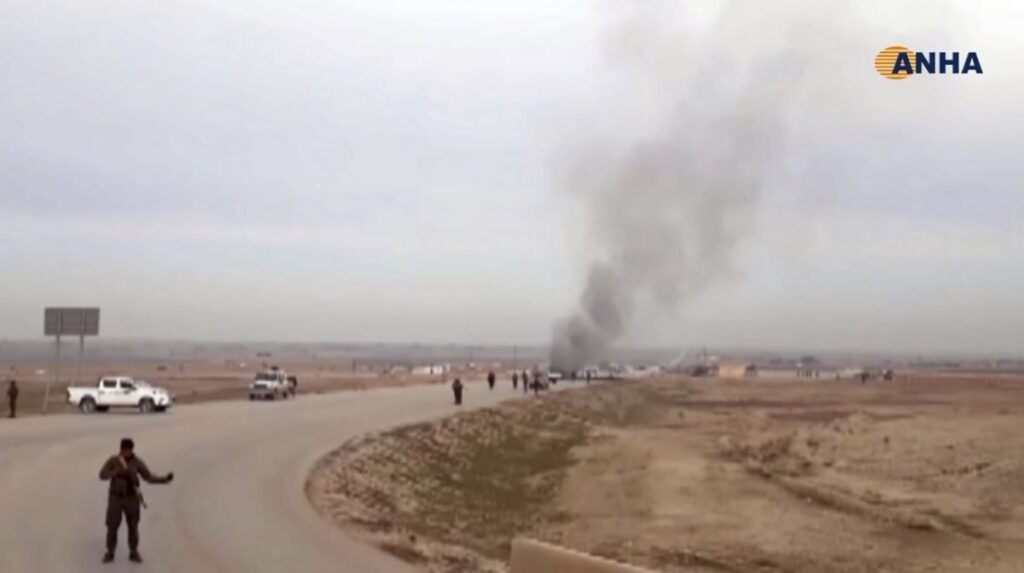 The United States has been at war against ISIS since 2012. In 2019, do you wonder what brought this sudden success of ISIS to strike US troops in Syria with such precision? Where was ISIS seven, five, or even last year? Wonder no more. Iran strikes US troops using ISIS as its proxy, and in return, Israel has the green light to strike Iranian assets in Syria. All hush-hush, behind the scene war between the U.S. its allies against Iran.

ISIS IS AN IRANIAN COVER IN SYRIA

Israel struck in Syria early on Monday, the latest salvo in its increasingly open assault on Iran’s presence there, shaking the night sky over Damascus with an hour of loud explosions in a second consecutive night of military action.

But Iran is not heeding the call. Yesterday, ISIS again attempted to harm US troops in Syria.

An Islamic State suicide bomber targeted a joint convoy of U.S. and allied Kurdish forces in northern Syria on Monday, marking the second attack against U.S. troops in less than a week and further highlighting the dangers surrounding U.S. plans to withdraw forces after a declaration that the extremist group had been defeated.

Meanwhile Russia is taking the sidelines. Putin has no qualms about using ISIS to protect the Assad secular regime, but the Russian president will not support a country led by crazy Muslim extremists to use ISIS against a country and its ally that protects the Orthodox Christian values in Jerusalem.

As far as Putin is concerned, Iran stands on its own in its fight against Israel. As such, the strikes against Iranian military infrastructure will mount the more ISIS becomes a terror threat against US troops in Syria.

Further, Putin wants to see the US troops out of Syria, so he agrees partially with what Iran is doing.

Go figure this web of deception we called the Middle East.

Meanwhile, powerless Assad blows in the wind like chiming bells.