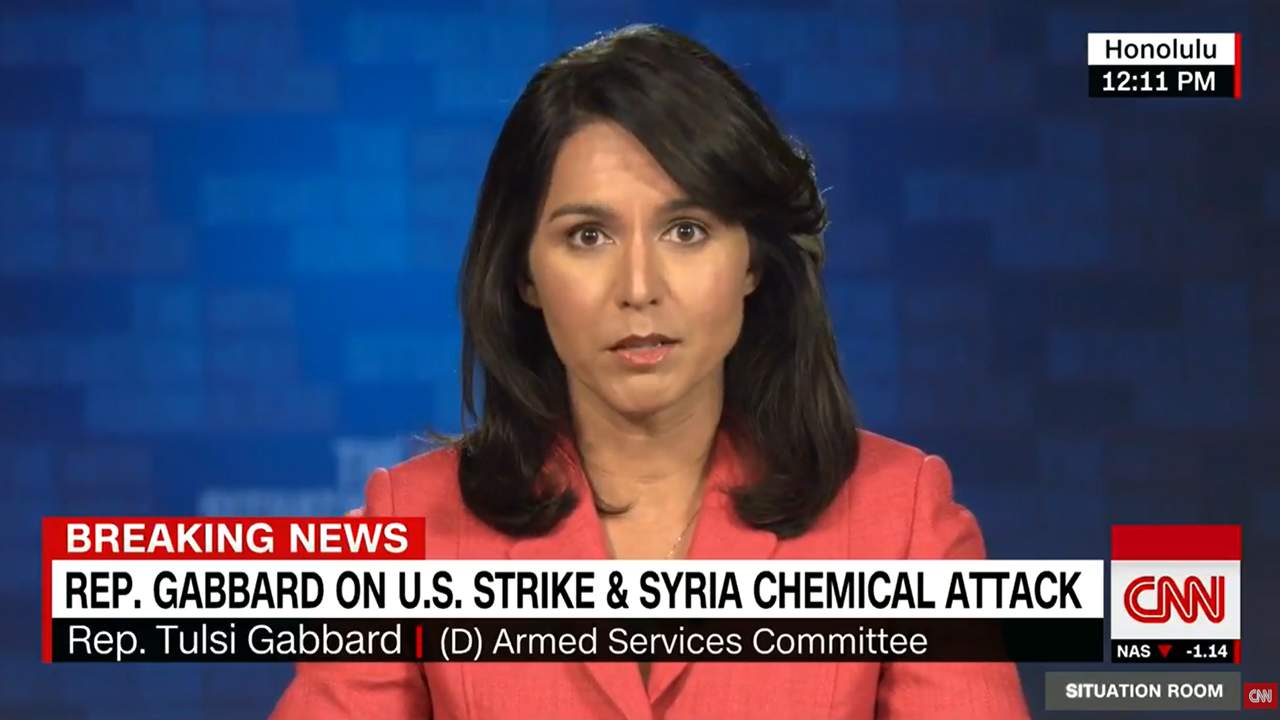 November 21, 2018 11:24 pm 0
8 Years of Death, Destruction, Disappearances, and Displacements
Who is the Spy in the Saudi Composed Syrian Opposition?
Louay Hussein Spies for Assad. Khaled Khoja Needs to Grow Some Balls.

In what looks like the definition of irony, Rep. Tulsi Gabbard (D – HA), in a tweet, called President Donald Trump Saudi Arabia’s bitch. As such, we find it appropriate to point to the obvious: Assad bitch Gabbard calls Trump Saudi Arabia bitch.

Hey @realdonaldtrump: being Saudi Arabia’s bitch is not “America First.”

Her “bitch” tweet coincides with a not-so-long-ago article by the Washington Post in which the venerable newspaper called the Congresswoman “Assad mouthpiece in Washington”.

Or, as we call it, Assad bitch.

Mind you, we are certainly not fans of the President bowing to Mohammad bin Salman. He is a reckless murderer who should be facing the ICC in Europe instead of world leaders celebrating his sorry ass. MBS is dangerous and reckless. It was only a question of time before his moronic bad judgment proved his enemies right. Especially, after implicating himself in the murder of journalist Jamal Khashoggi.

MBS may help confront Iran à la Saddam Hussein, but he will also jettison Arabs into the dark ages of medievalism with his mindset.

Trump ‘s immorality is on full display here as he walks this fine line of protecting a murderer the same way Gabbard protects a mass murderer. Her immorality is no less outrageous.

While Gabbard accuses Trump of “bitchism”, we would like to remind her that she has played the “bitch” to another murderer whose record killing has so far reached 600,000 people and climbing. The majority of whom are innocent women and children bombed in hospitals, markets, and bakery lines.

Tulsi Gabbard is a complete Assad bitch with credentials to Congress placed at Assad’s disposal. The same way Trump is MBS bitch with the White House credentials at MBS disposal.

The Congresswoman should reflect upon her position when it comes to praising Assad before she renders an opinion whose counterpoint makes her look unfit to be a Congresswoman.