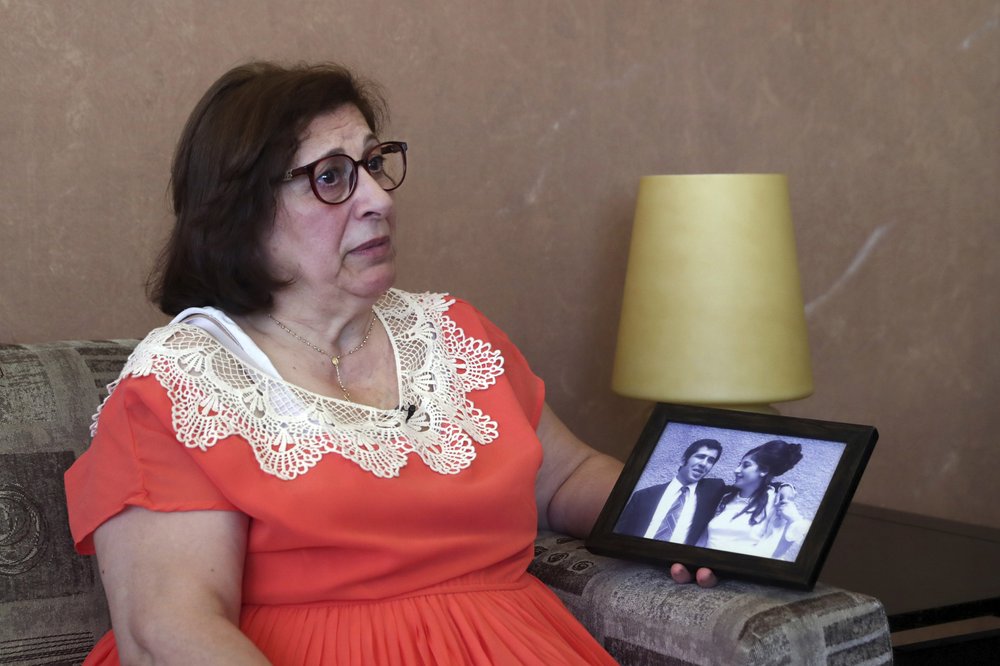 Syrian and Lebanese Families Speak of Assad Dungeons of Death

July 4, 2020 3:06 am 0
Assad Believes Election of His Parliamentarians to be Legitimate
Rami Makhlouf Spills an Assad Family Secret
Assad is the President of This Syria

Alaa Arnous and his family found the photo of his father Mohammad online last week, the first proof of his fate since he was seized by Syrian government forces seven years ago. The image showed his corpse, his face battered and bruised, his mouth hanging open. Now, many Syrian and Lebanese families speak of Assad dungeons of death to remind the world that nothing short of indicting him for war crimes will return Syria to normalcy. As long as Assad is in power, the war against the Assad family goes on.

The elder Arnous was among thousands of Syrians who, since their country’s civil war began in 2011, went missing into Syrian government prisons. Survivors and rights groups say tens of thousands more have died under torture.

SYRIAN AND LEBANESE FAMILIES SPEAK OF ASSAD DUNGEONS OF DEATH

Anguished relatives are poring over photos of torture victims from Syrian prisons. Activists have posted them online after the United States imposed heavy new sanctions on the Assad regime last month.

Alaa Arnous told AP from the opposition-held town of al-Tah in northwest Syria:

We were living on hope that he was still alive. It is terrible when you see the photograph of your father and imagine what the torturers did to him.

The photo is among tens of thousands of images of torture victims smuggled out of Syria in 2013 by a forensic photographer-turned-whistleblower who used the code name Caesar. The photos became public at the time. It is difficult to identify the victims from the twisted, tortured bodies.

But activists have begun circulating more detailed photos again online. It happened after the U.S. imposed its new sanctions, named the Caesar Syria Civilian Protection Act, after the photographer. The sanctions bar anyone around the world from doing business with Assad’s government or officials. Among its provisions it demands Assad release detainees and allow inspections of its prisons.

For Mohammed Arnous’ wife, Nadima Hamdan, the impact of the photos was unbearable. She searched for hours through the photos. Nadima not only found her dead husband, but she also found photos of her brother and nephew.

May God burn the hearts of those who burned our heart and turned our children to orphans.

Alshogre, who testified about his ordeal in front of the U.S. Senate, was detained at the age of 17 along with three of his cousins, two of whom died.

ASSAD IS A GENOCIDAL WAR CRIMINAL

Former detainees in Syrian government prisons speak of horrific experiences. Such as being packed for months or even years in tiny cells, receiving little food and undergoing constant, severe torture.

There were lots of people who died under torture. I used to be blindfolded but could hear a person tortured next to me taking his last breaths before he dies.

Alshogre was detained at the age of 17 along with three of his cousins, two of whom died. He paid his way out of jail after three years in prison. Between 30 to 50 prisoners died every day at the Branch 15 facility where Assad held him.

Alshogre, who testified about his ordeal at the Senate Foreign Relations Committee’s hearings on the sanctions in March, said Lebanese and other foreigners — including Iraqis, Palestinians and Tunisians — were also held at Branch 15.

The sanctions have also raised hope in neighboring Lebanon that Damascus will be pressured to reveal the fate of hundreds of Lebanese believed abducted by Syria during the years it dominated Lebanon — from the Lebanese 1975-90 civil war up to 2005. Alshogre’s testimony about Lebanese prisoners still alive further fueled their families’ demands for information.

“We want to know if they are alive. If they need treatment, we can treat them. If they are dead and they have killed them, then we can pray for them”

In Beirut, Laure Ghosn has tried for 37 years to learn the fate of her husband who was kidnapped by a Syrian-backed group during the civil war and then handed over to Syrian authorities.

When Syria released a group of Lebanese Christian prisoners in 2000, the name of her husband, Charbel Zogheib, was on a list of those expected to be freed in a subsequent round, she said. But it never happened. More than 10 years ago, a Lebanese man released from Syria called her and told her he had been Zogheib’s cellmate in Syria’s notorious Tadmor prison, the 64-year-old Ghosn said.

We want to know if they are alive. If they need treatment, we can treat them. If they are dead and they have killed them, then we can pray for them.

Her daughter, Ruba, who was six when her father disappeared, sat next to her.

Ali Aboudehn, who spent years imprisoned in Syria and now heads the Association of Lebanese Prisoners in Syrian Jails, said his group and other activists have documented 622 Lebanese prisoners held in Syria. He said Lebanese authorities requested information about them from the Syrians. The Assad regime often denied any knowledge about any of them.

I have hope. We cannot prove that someone is dead until we see that person’s body. They should either give us bodies or people who are alive. This is what will satisfy us.

He said one of his cellmates, a Syrian-Lebanese, was alive up until 2018. Aboudehn got word he died, 30 years after his arrest.

No one would be as happy to see Assad under a guillotine as the Christians of Lebanon.

According to the Syrian Network for Human Rights, Syrian authorities detained some 1.2 million people since the country’s conflict began in March 2011. As of the beginning of June, 12,325 were documented as having died under torture in Syrian government prisons, the SNHR said in a report released late last month.

At least 12,989 are still detained or missing, their fates unknown, according to the report. Another 16,000 are missing in detention by other factions in Syria’s war.

Alshogre says the number of those who died in Syrian government jails is much higher than 15,000.

In mid-June, two Lebanese politicians filed a legal complaint in Beirut against Assad over their missing compatriots. The move is largely symbolic. No one would be as happy to see Assad under a guillotine as the Christians of Lebanon.

This is a wound that remains open for the families, and therefore such a wound does not heal. It is our responsibility to investigate this case as much as we can.

Syrian and Lebanese Families Speak of Assad Dungeons of Death