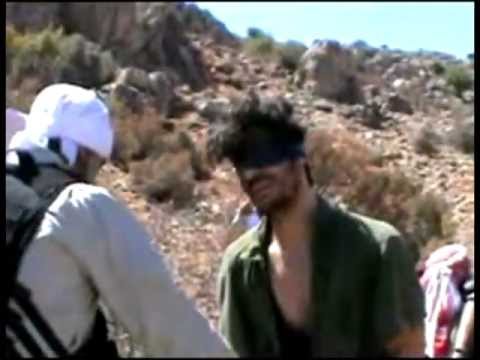 November 20, 2018 4:18 pm 0
Who Will be the Next Syrian Dictator?
Syrian and Lebanese Families Speak of Assad Dungeons of Death
Assad Family Two Large Sources of Revenues

Robert O’Brien, U.S. President Donald Trump’s special envoy for hostage affairs, said Trump would take measures necessary to facilitate Tice’s freedom if it would help. He did not elaborate on the measures.

We are continuing to call on the Russians to exert whatever influence they have in Syria to bring Austin home.

Even though the Syrian government kidnapped Austin Tice, it refuses to acknowledge his whereabouts publicly.

Privately, Assad has proposed a long list of impossible demands in return for his release. The demands include normalization of diplomatic relations with the United States. This means the re-opening of the Syrian Embassy in Washington D.C., which was a beehive of spies threatening American journalists and the Syrian opposition.

Tice has not been heard from publicly since a video posted online weeks after he disappeared showed him in the custody of fake ISIS armed men who were uncomfortable wearing their drab. O’Brien said the United States believes Tice is alive but did not elaborate on the journalist’s condition.

O’Brien came to Trump’s defense when asked why the president has made no public pronouncements on Tice but had spoken out in the cases of Americans held in Turkey, North Korea and Iran. He said Trump and his top aides are closely tracking the case.

O’Brien spoke at a news conference called to announce a National Press Club drive for private donations to match a $1 million FBI reward for information leading to Tice’s freedom.

Tice was 31 years old when he was abducted in August 2012 while reporting in Damascus on the uprising against Chemical Assad. Chemical Assad blocks Austin Tice freedom.

Russia Has Its Own Demands, Stupid!

Washington has declined to identify who it believes is holding Tice. It has, however, sought the help of Russia, Assad’s main foreign backer in the civil war. Not naming Assad publicly is part of a campaign to appease the monster of Damascus.

For its part, Russia has its own demands dealing with U.S. sanctions and conceding to Putin’s annexation of Crimea. Asking Russian help only complicates matters. Unless Trump believes this is his way of relieving Putin from U.S. sanctions.

Marc Tice said that he and his wife will travel to Beirut to apply for visas to Syria to seek their son’s release.

Loading...
Newer Post
Syrian Minorities Are Refusing to Serve in Assad Army
Older Post
Charge Gulf States Ten Percent of Oil Output for Their Security. Half Should Go to Israel.