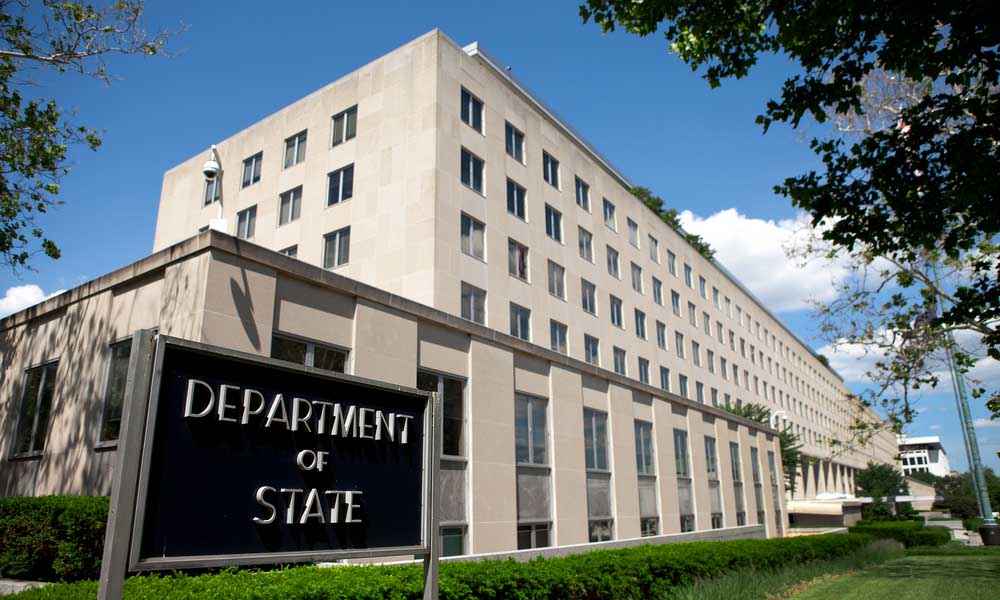 US Diplomats are Driving the Effective Syria Policy. Trump is MIA

An article by Jonathan Spyer at the Middle East Monitor he dubbed “Trump’s Syria Policy is Working” we recommend everyone to read, credited Secretary Mike Pompeo as the conductor behind the Syria policy. Not Trump as the title indicates. In Short, US diplomats are driving the effective Syria policy and as far as anyone is concerned President Trump is MIA. In fact, he is MIA on any foreign country unwilling to lend him a hand to win re-election again.

Further, it was the President who ordered our troops out of Syria. Out of the blue without consulting our national security staff. Did Putin, honestly, think that one man can circumvent all of the U.S. institutions in place to protect this country?

Credit our diplomats at the State Department and the US Embassy in Damascus. In full coordination, one assumes, with the US Embassy staff in Beirut due to many factors the least of which is controlling Hezbollah violence against the Syrian civilians. Our diplomats at every level take full credit for today’s Syria policy.

Take for example David Schenker who is the Assistant Secretary on Near Eastern Affairs. He is a seasoned civil servant who has the experience and the capacity to understand the dangers of terror. Be it Sunni, Shiite, or blue-eyed secular. There is no doubt that today’s strategies with regard to Syria, Lebanon, and Iran have all been touched by his experience and determination to protect U.S. interests.

Another driving force is Ambassador James Jeffery. Even though he announced unapologetically, and for reasons that many of us do not fully comprehend, that Assad is safe from regime change, the good Ambassador has done much to save Syrian civilians from the clutches of the Assad regime and its clients in Iran and Russia.

If Caesar Act is a reality today, it is thanks to a bipartisan effort in Congress working closely with our top US diplomats,

Furthermore, the staff at the US embassy in Syria (vacant ambassadorial position) and our US Ambassador in Lebanon Dorothy Shea have also pressed the right buttons to implement the policy set in motion at Foggy Bottom. The courage of the staff of the embassy in Damascus tweeting constantly to take control of the narrative that Russia is attempting to regulate speaks volumes about their heroism in the face of the violence of Assad, Putin, and Khamenei.

For those who follow Syria closely, the message from our top to mid-level diplomats has been right on target. Its focus, wording, and timing has really been remarkable, and it is obvious to those who follow the US Embassies in Syria and Lebanon that the coordination is superb.

The interview Ambassador Shea gave to a Saudi TV is still resonating days after the event. It is a watershed moment as the Ambassador goes on the offensive against Hezbollah, which honestly reminds us of Ambassador Ford visiting Hama in July of 2011 to show U.S. support — almost nine years to this day — in the middle of Assad killing civilians. No Syrian can ever forget that moment of courage and support. To include all Syrian-Americans vying for regime change in Damascus.

Fearlessly, Ambassador Shea is displaying the same fortitude in the face of terror.

Today’s Syrian policy in place is the result of many good people working together to protect U.S. interests and the Syrian people. It was not the result of a deliberate effort on the part of our President. He will not take credit for today’s Syrian policy and we do not intend to give it to him. Doing so takes away from the real heroes. In this case, our US diplomats in Washington and Syria and Lebanon working together for a good cause.

Bravo to our diplomats at Foggy Bottom and our embassies in Damascus and Beirut. Happy Independence Day.

US Diplomats are Driving the Effective Syria Policy. Trump is MIA