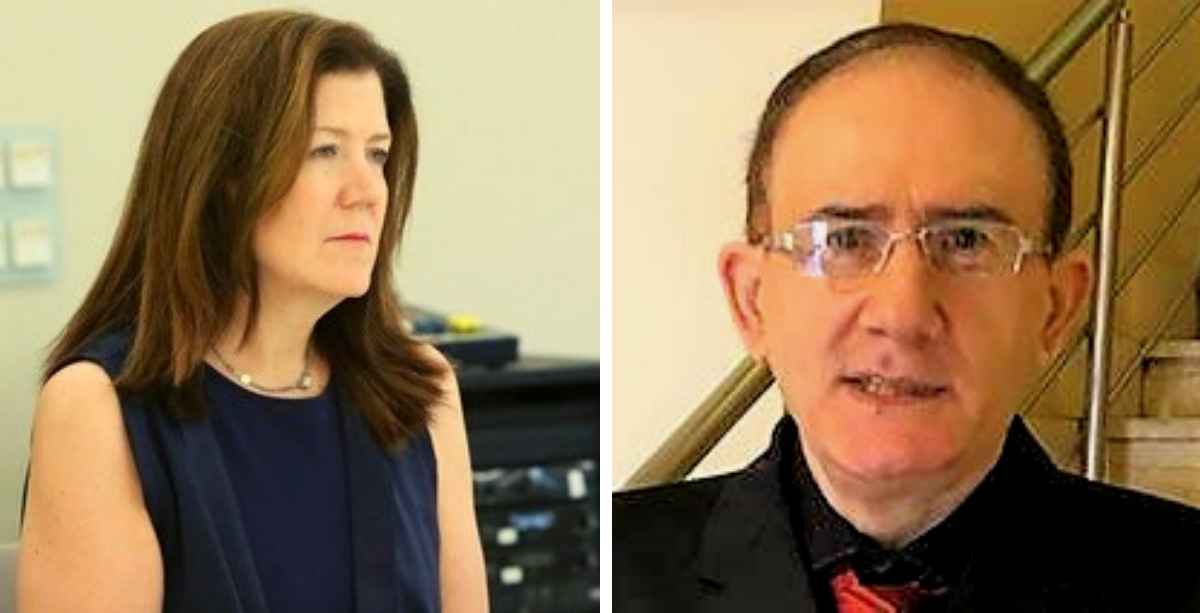 July 3, 2020 6:03 am 0
France Tells Lebanese Politicians No More Candy
The People of Lebanon Versus Hezbollah
Hezbollah Corruption Knows No Bounds

The Lebanese judge who issued a ruling banning foreign and local media from interviewing the U.S. ambassador in Beirut resigned Tuesday, according to state media. Hezbollah fails to silence the Lebanese press for fear what U.S. Ambassador might say about the terrorist organization.

For Hezbollah to involve the courts using an idea out of the Mullahs’ book of governance in Iran was a grave and stupid mistake. They handed Ambassador Shea a gift because everyone in Lebanon now wants to hear what Ambassador Shea has to say.

Judicial authorities in Lebanon referred Judge Mohammad Mazeh to questioning by the Judicial Inspection Board for the ban. The ban caused an uproar in Lebanon. The small Mediterranean jewel, like Israel, enjoys wide freedom of its press.

The pro-Hezbollah Mazeh issued the ban Saturday. One day after Ambassador Dorothy Shea told Saudi-owned TV station Al-Hadath that Washington has “great concerns” over the role Hezbollah, the Iran-backed militant group, has in the embattled Lebanese government.

The judge’s ruling produced a swift backlash in the country.

Many described Mazeh’s ruling as partisan, and said it undermined press freedoms. Minister of Information Manal Abdel-Samad said no one has the right to curtail the press and matters related to the media should be handled by the relevant authorities, not the courts.

In her interview, Shea said successive governments have mismanaged the economy and accused Hezbollah of siphoning off public funds for its own purposes.

EVER SINCE HEZBOLLAH CONTROLS LEBANON, THE COUNTRY IS IN THE TOILET

Lebanon is in the throes of a critical economic and financial crisis, which Hezbollah contributed to through siphoning funds to its terror tentacles. The last Hezbollah wants is Ambassador Shea to expose the terror group corruption and Iranian control.

In her interview, Shea said successive governments have mismanaged the economy and accused Hezbollah of siphoning off public funds for its own purposes. She accused the group, which backs the current government and has strong representation in Parliament, of blocking needed reforms. Hezbollah wants its secret dealings to remain out of sight. Without which Lebanon might be in a better economic situation.

The Lebanese judicial authorities referred Mazeh Lebanon’s Judicial Inspection Board for questioning on his controversial ban. The pro-Hezbollah judge threatened to resign. if questioned.

Shea had called the ruling “unfortunate and a distraction” from the country’s economic woes. She vowed she would not be silenced. After meeting with Foreign Minister Nasser Hitti on Monday, Ambassador Shea said she was willing to turn a new page. She had earlier said the government had apologized to her for the ruling.

Bravo to Ambassador Shea for standing up to Hezbollah’s corruption and thefts.

Bravo to Ambassador Shea and her staff at the Embassy in Beirut for standing up to Hezbollah’s corruption and thefts. Although a Lebanese organization, Hezbollah takes its marching orders from Iran, a foreign country. No nation would accept a domestic political organization to be a puppet to outside influence and direction.

The court ruling remains in effect but appears unlikely the Lebanese government to enforce it.

The court decision reflected the rising tension between the U.S. and Hezbollah, and revealed a widening rift among groups in Lebanon amid the crisis. Up to now, Hezbollah has controlled the narrative in the press, and last the terror group wants is the U.S. parading their corruption.

Washington has designated Hezbollah as a terrorist group and the U.S. has recently expanded sanctions against it.

However, Washington is one of the largest donors to the Lebanese army. This makes for one of the most complicated diplomatic balancing acts in the region.

Loading...
Newer Post
Syrian and Lebanese Families Speak of Assad Dungeons of Death
Older Post
Neither Russia Nor Iran Can Be Part of the Syrian Solution