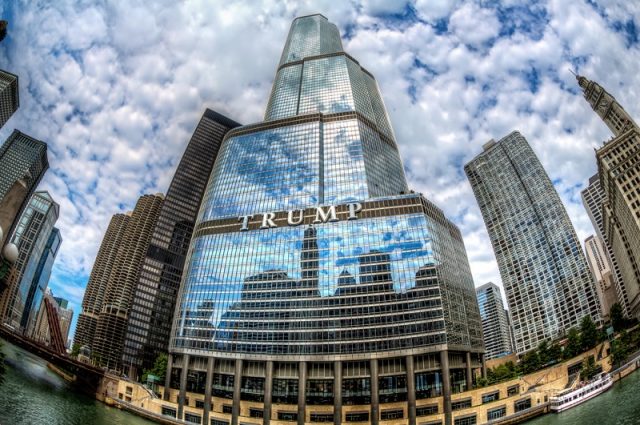 It is not a complicated deduction to make for voters across this land. They read that their President Donald Trump has congratulated Vladimir Putin for winning a rigged election. Few days later, BBC informed them that the U.S. top Gen. in Afghanistan, John Nicholson, has just accused Putin of arming the Taliban. Trump congratulates Putin, Putin arms US enemies by proxy.

This is what Gen. John Nicholson said in his interview:

We see a narrative that’s being used that grossly exaggerates the number of Isis [Islamic State group] fighters here. This narrative then is used as a justification for the Russians to legitimise the actions of Taliban and provide some degree of support to the Taliban.

We’ve had stories written by the Taliban that have appeared in the media about financial support provided by the enemy. We’ve had weapons brought to this headquarters and given to us by Afghan leaders and said, this was given by the Russians to the Taliban. We know that the Russians are involved.

The American voters reading Gen. Nicholson’s words against the backdrop of Trump’s call of congratulations to Vladimir Putin are going to the polls in 20 months. Some of them, who voted for Donald Trump, have families serving in Afghanistan.

Trump congratulates Putin, Putin arms US enemies in Afghanistan. There is a good reason we called Donald Trump the dumbest President ever. Even more so because he refuses to listen to people smarter than he is.

Do the Republicans see the same angle, or are they in denial? The frustration is not showing yet because Congress has yet to start attacking him publicly en masse. Not one or two brave Senators, like John McCain, but we are talking the whole lot. This may be the only way Republicans can keep majority seats in the House come November 2018.

The United States has over 120 military installations in Afghanistan between camps, main bases, forward bases, and firebases. Many shared with other allied European nations. Such geographic diversity provides the Russian-armed Taliban with a variety of terror targets thanks to Vladimir Putin. The worst part about Putin arming the Taliban? These are the very same enemies that defeated the Soviet Union in Afghanistan. In other words, Putin’s real aim is to harm the U.S.

Is Trump kissing Putin’s ass because he wants to build a grand Trump Tower in Moscow after he leaves office? One that he tried but failed to secure. Is this why he congratulated Putin? If so, this is cause for impeachment when a President puts his own personal interests ahead of the nation.

The Democrats must love Donald Trump. His fading star, they believe, will secure them the House and even more if Trump continues on his destructive path. We figure that in early 2018, if polls remain steadfast favoring a House turnover, the Republicans may do a Hail Mary in the form of let’s-impeach-Trump-to-save-our-majority.

As long as Donald Trump, the businessman, is thinking of ways to enrich himself even more, his words and deeds might become dangerously close to committing high treason. There is a good reason why he went berserk when his call to Putin was leaked. He knows the optics may point to his very own personal interests rather than the nation’s. This, he knows, might expose him as a con artist who ran for President just to make money.