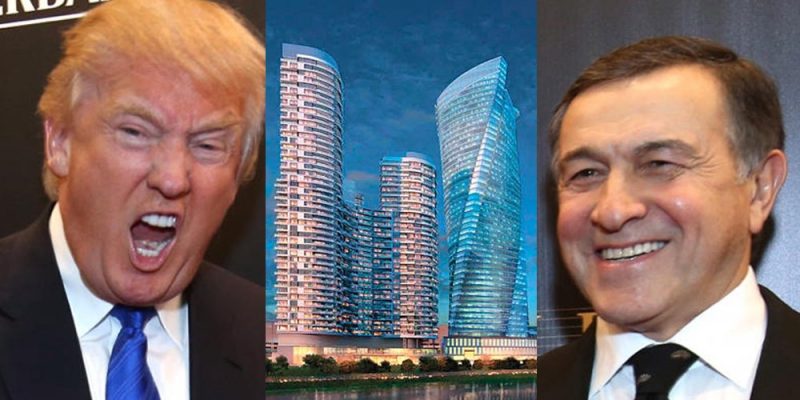 A Moscovite Trump Tower he hopes would be in partnership with the Putin Oligarchs whom he anticipates would market the property well to make him some money.

Donald Trump is setting aside national security imperatives and forgiving the many terror trespasses of Vladimir Putin for his own personal future gains. That’s an unforgivable and certainly an impeachable offense. What is wrong with the Republicans in Congress? Suddenly, Trump over country, or Party over country, seems ordinary and normal to these elected officials.

Putin’s terror trespasses include of late: Poisoning an ex-spy on British soil, arming the Afghan Taliban to attack us in Afghanistan, committing atrocities in Syria to include bombing hospitals buried deep underground, and co-existing with the Mullahs in Syria in spite of their threat to our ally Israel. Trump is willing to ignore all the above to build Trump Tower in Moscow. Trump Putin ass kissing shows what kind of a man we voted for.

The secret congratulatory call Donald Trump made to Vladimir Putin, which was leaked almost immediately, shows that Trump is not giving up on his quest to use the Office of the Presidency to promote his business concerns overseas. To an average American voter, this may sound like treachery, but to insiders in Washington, this may be business as usual.

This could very well explain the deafening silence Congress is practicing to cover up Trump’s egregious behavior. This, ladies and gentlemen, is the real Washington D.C.