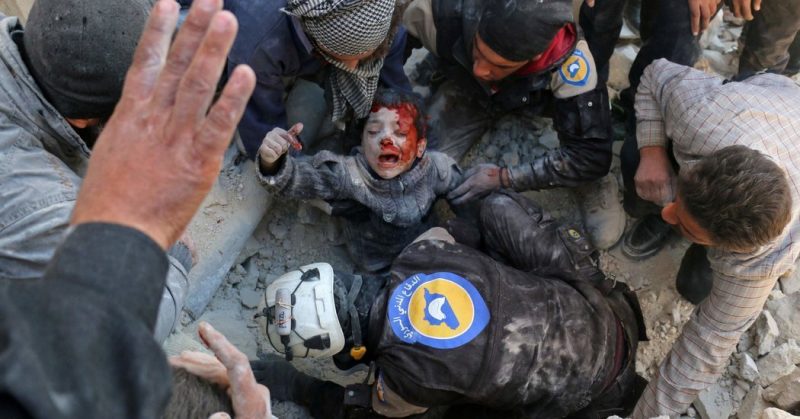 Here is a quiz those interested in the fate of Syria should take. It really has one question. What is Assad’s legacy? If you said 8 years of death, destruction, disappearances, and displacements then you nailed it. You are now an expert on Syria just for recognizing what Assad’s true legacy has been.

Many don’t. One in particular, who works for a Think Tank no one has ever heard of, is Nicholas Heras. He told The Atlantic in a Krishnadev Catamur article:

Either the international community has to accept that Assad won the war and begin to approach reconstruction from that framework, or they will have to live with the risk of endemic instability and governance gaps in large areas of the core Middle East.

In other words, you western morons have no choice but to go along with the fine artistic canvas of death Assad painted for the world in Syria. Forget the 600,000 people he killed or caused their death. They don’t matter. Just pay up and shut up.

Who wants to bet with us that Nicholas Heras never experienced a night in one of Assad’s dungeons of torture. We highly recommend it for him. Just like a spa in the Alps, Assad’s torture chambers can change your physic forever.

Today marks Syria’s 8 years of death, destruction, disappearances, and displacements at the hands of a psychotic killer he calls himself president. We refer to him as the “Rubble Concierge” since he is ruling over rubble, and he is not really in charge. He just direct traffic. Messages from others ordering him to do one thing or the other. Putin and Khamenei are the real powers behind his pretend-life. TFS is told that Assad’s favorite pass-time is building Syria again … with Play-Doh.

Incidentally, the Think Tank that hired Heras has been funded by the Heinz family. That’s John Kerry AKA Tehran John. Can you draw a circle?

There are Assad agents and then there are Assad incognito agents. When Assad is under pressure, the incognitos seem to surface like hippopotamuses floating in filth and scum.