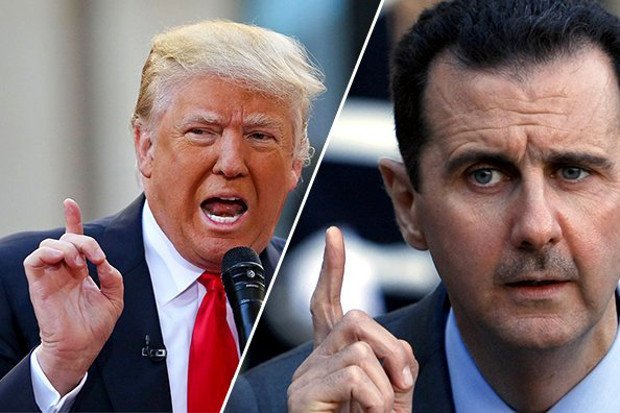 Similarities Between Trumpism and Assadism

Wonder no more why Trump wants to leave Syria for Assad, Iran, and Russia; even though he calls himself a staunch supporter of Israel.

Let us take a closer look.

The similarities between Donald Trump and Baschar al-Assad of Syria

SIMILARITIES BETWEEN TRUMPISM AND ASSADISM

Of course, there are many unimportant dissimilarities. However, on what counts to the public, both in Syria and in the United States, similarities between Trumpism and Assadism are becoming ever so obvious.

Could this explain why Trump has abandoned all efforts to help Syria rise from the ashes of its barbaric ruler?

We know the president does not want to spend unnecessary funds pursuing mirages in far away lands. But then he was willing to spend taxpayers money on North Korea; and while its nuclear threat is reason enough for this policy, should not Assad chemical use, which he can direct against Israel in a missile, not also be of grave concern to the president? Enough to save Syria from the Assad virus once and for all?

Maybe Trump would have if his priorities were in order. Such as ignoring his instincts that building a Trump Tower in Moscow has priority over the well-being of Israel.

Wonder no more why Trump loves despotic regimes and authoritarian rulers. It is in his blood to become one to pilfer at will and to pay no taxes at all. Grant you, Trump never praised the savagery of Assad the way Tulsi Gabbard and Dennis Kucinich did. But then we know that Trump believes that a Damascus Trump Tower is not a goal of his.

Had it been, Trump would forgive Assad brutal trespasses the way he forgave Saudi Mohammad bin Salman’s barbarism. Riyadh Trump Tower? Don’t be surprised if Mohammad bin Salman builds it for Trump in 2021 to thank him for standing by his brutality.

Similarities Between Trumpism and Assadism