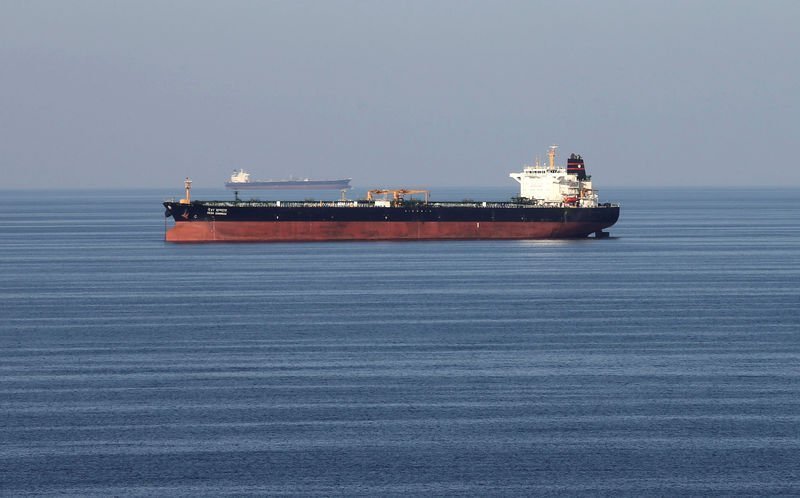 Brian Hook, the State Department’s special representative on Iran, said in remarks at the CERAWeek energy conference that due to a global oil surplus – in part due to record U.S. production – the United States is accelerating its plan of bringing Iranian crude exports to zero.

Meanwhile, Iran is running short of options to replace its aging fleet of tankers in order to keep oil exports flowing. Logic dictates that renewed U.S. sanctions are making potential sellers and flag registries wary of doing business with Tehran.

Since U.S. President Donald Trump reimposed sanctions in November, exploratory talks with South Korea for up to 10 new supertankers have stalled and Panama has also removed at least 21 Iranian tankers from its registry forcing Tehran to put the vessels under its own flag, the sources said.

Washington has put restrictions on Iran’s port, energy and shipping sectors but it has given temporary waivers to the country’s eight biggest oil customers, which include China, India and Japan, so they can keep buying Iranian crude.

But potential sellers of vessels are more wary under the new round of sanctions after a Greek network that helped Iran buy tankers under previous restrictions was blacklisted. Sanctions biting Iran hard.

Today, the United States aims to cut Iran’s crude exports by about 20 percent to below 1 million barrels per day (bpd). The U.S. intends to require importing countries to reduce purchases to avoid U.S. sanctions. This according to two sources familiar with the matter.

The United States will likely renew waivers to sanctions for most countries buying Iranian crude. This may include the biggest buyers China and India. However, only in exchange for pledges to cut combined imports to below 1 million bpd. That would be around 250,000 bpd below Iran’s current exports of 1.25 million bpd.

One of the sources said:

The goal right now is to reduce Iranian oil exports to under 1 million barrels per day.

The source added the Trump administration was concerned that pressing for a complete shutdown of Iran’s oil in the short-term would trigger a global oil price spike.

Washington may also deny waivers to some countries that have not bought Iranian crude recently, the sources said.

All these movements on the Iranian front are welcomed; especially by many of the Arab countries Iran has been terrorizing ever since Barack Obama reached out to the Mullahs to strike his Iran Deal many experts believe was a one-sided affair.

Iran without her fangs will eventually create the ripe conditions for her people to rise against the Mullahs in Tehran.