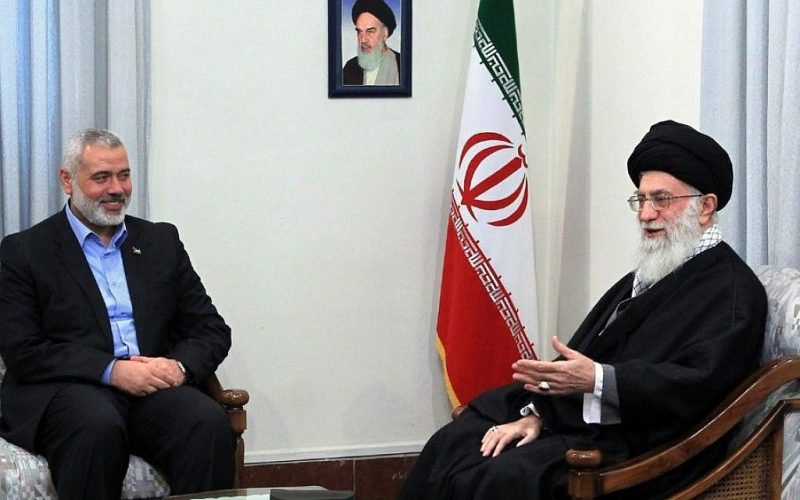 February 7, 2013 12:28 pm 0
The ‘What If …’ Questions We Should Ask About the Iran Deal
Does Anyone Really Believe Assad Has Won in Syria?
The Threat Trump Must Tweet To Protect Hormuz

Among all the demonic alliances and the acrimonious enmities the region of the Middle East relies upon to keep the lights off, none is more bizarre, more contorted, and more farcical than the Hamas alliance with Iran. When Arabs hate, Arabs become Iranian gadgets.

I say this not because both are extreme in their religious nature on opposing sides of Muslim history. Indeed, I say it because of what one does in their spare time to confuse and manipulate the other.

Hafez al-Assad committed the most atrocious war crime in Hama in 1982 to defeat its rise.

In fact, Syria, to this day, remains the only Arab country whose laws puts to death any member of the MB.

It is also a well-known fact that Iran has, as its top two goals, the spread and control of Shia Islam to all Muslim lands, through alliances (i.e. Syria) or by brute force (i.e. Lebanon), as well as the destruction of the State of Israel. What mixes the water of Hamas with the oil of Iran is more than just the success and existence of Israel as a reconvened and reconstructed nation.

Indeed, upon a closer look, the latter Iranian goal mostly achieves Iran’s former goal. Iran spreads its control by spreading hate of Israel, which is not so obvious to the average Arab and which turns Iran, under its present leadership, into a prime danger for all Muslim Arabs as it perpetuates the source that could lead to our own self-annihilation based on the destruction of others.

Dispatching an Iranian monkey into space is nothing more than theatrics to fool everyone into believing Iran is an advanced nation. In reality, Iran today, is a third world country with a great potential to become such a great nation if it pursued peaceful means to achieve greatness rather than a twisted religious ideology conceived by men history forgot to close its books upon centuries ago. The Iranian people, like the Arab people, have such a potential laid to waste because of ignorance and malice. When Arabs hate, Arabs become Iranian gadgets

The mystery thickens when you watch Iran dispatch missiles to Hamas. However, none of these missiles find their way into the Syrian theater to help its MB Syrian branch defeat Assad.

What gives in this relationship that has Hamas turn into a slave of Iran?

I believe the answer is simple. So simple, it is pathetic.

Iran believes an organization like Hamas is as stupid as they come because of the hate it cannot control; so stupid that Iran can twist its self-serving without even raising the slightest of concerns by Hamas leadership. The cunning Iranians believe that all Sunni Muslims are retarded, and so far, Iran has been right on the money given the behavior of Hamas as a tool to help Iran recruit more Arab Muslims for the Iranian Jurassic cause by attacking Israel while Iran helps kill more Sunni Muslims in Syria.

Think about it for a moment. Iran helps Assad kill Sunni Muslims then assists the MB, whose own ideology of mixing personal and public behavior into conformity to control Sunni Muslims, to commit Hara-kiri by attacking Israel, which, in and by itself, serves as a primary recruiting tool for Iran to fool more Sunni Muslims into believing it addresses their grievances. Sunni Arab Muslims are just like gadgets as far as Iran is concerned.

Why would Iran, using “resistance” as a pretext, believes it could actually muster such an alliance with Egypt based on the very same doctrine serving to kill Sunni Arab Muslims elsewhere? It is not the twisted logic of Iran; it is the imbecility of Sunni Arab Muslims. Does Morsi understand what Iran thinks of him and his brothers? I doubt it.

Iran is playing Sunni Arab Muslims like a fiddle. All because of the indefatigable hate and its immorality. Hate is so destructive, it is driving Islam to extinction. Why? Because it is yielding nothing more than reprehensible acts of violence Muslims commit in its name. Given the actions of the Muslim Brotherhood, it is starting to lead Sunni Arab Muslims to eventual irrelevance.