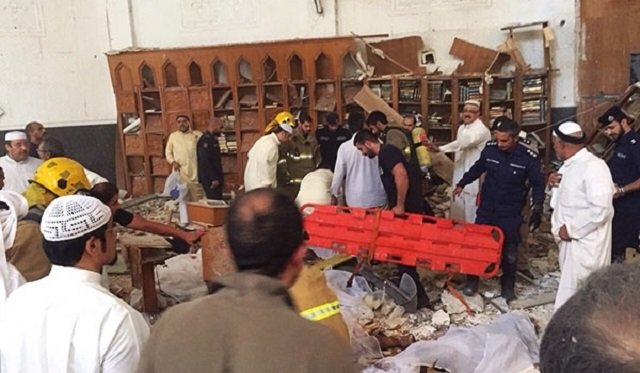 The ‘What If …’ Questions We Should Ask About the Iran Deal

Let us forget for a moment the Iran Deal would harm our ally the State of Israel. Let us, instead, concentrate on the long-term harm to U.S. interests.

The Obama Iran deal is signed. Sanctions are lifted. Funds are released. Western companies flood the Iranian marketplace to claim their share of the booty. These are indisputable facts.

Mixed in with these commercial transactions will be more weapons, more military capabilities, and possibly Iran starting to break out almost immediately to build a nuclear bomb now that it secured, thanks to Barack Obama and John Kerry, its own self inspections based on an honor system.

Given the history of Iranian terror we have witnessed quadruple since Barack Obama took office (Iran now occupies 4 Arab countries), what do you think Iran is going to do with these capabilities? Should we not begin to ask the ‘What if …’ burning questions?

If during the negotiations Iran embarked on a campaign of unprecedented terror, do you really think the Mullahs would just begin behaving now that they feel Obama abandoned them to shape the Middle East without any repercussions?

The first thing Iran is going to do is to accelerate the destabilization of the Gulf countries. It is already active in Kuwait and in Bahrain. Based on history, the probabilities are quite high Iran will continue to stir trouble in the Gulf regardless of the Iran Deal. This is a fact.

The question U.S. Congress should ask is “What if … Iran invades Bahrain and Kuwait the way it invaded Syria and Yemen”? Many would argue the U.S. would stand-up to Iran in that case to protect its allies. Those promoting this line of thinking are not taking into consideration three factors; 1) U.S. taxpayer appetite for another Middle East war, 2) A U.S. military that Obama stripped to the bone, and 3) The possibility Iran would use the deal against us by threatening to abrogate it and immediately break out to build a nuclear weapon.

Good luck with Obama’s snap sanctions if this happens. Iran would occupy the Gulf countries and there is nothing the U.S. would be able to do.

Besides, are we supposed to go to war against Iran because of Obama’s Iran Deal? Obama convinced us his deal would prevent wars.

This is but one highly probable scenario that is based on facts, historical Iranian behavior, and logical deductions.

The Iran deal is going to harm U.S. interests far more than Israel’s interests. Unless Obama’s real aim is also to relinquish control of natural resources in the Middle East to our enemies.

The CIA must issue a series of public “What if …” scenarios that would show the most probable outcome of Iranian behavior after Obama signs the Iran Deal. Absent a U.S. President whose heart is in protecting this country, if our intelligence community cannot be relied upon to predict the future based on sound analysis, who will protect this nation?

We must ask these “What if … “questions to protect the homeland from a country whose terror print will only expand thanks to Barack Obama.

The ‘What If’ Questions We Should Ask About the Iran Deal