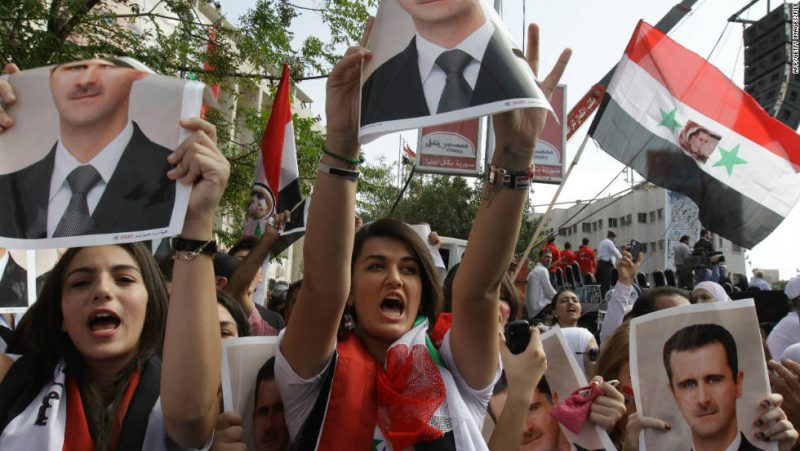 After an offer by the Syrian opposition for a dialogue with the Assad regime but without Assad, the pressure is mounting on the Syrian government to find a sensible solution to end the war. Syria has become a battle between the vocal and the silent Assad supporters.

But since Assad has kept his silence, the new military offensive by the FSA in Damascus will continue. It is but just another layer of pressure against the regime to turn silent Assad supporters on him.

Within the cadre of Syrians supporting the regime today are three elements.

First, there are those elements who will fight for Assad to death. Most of those belong to the Alawite sect. They were trained for this war to defend the regime and its security tentacles.

Then, there are those vocal Assad supporters who do not fight but remain strongly behind the regime. Their job is to keep everyone in-line by demonstrating to the world the regime’s artificial popularity.

Finally, there are those silent supporters who enjoy the economic fruit of their loyalty but who will, if Assad falters and falls, switch sides just as quickly. Their tolerance to direct violence is as weak as a mouse is tolerant to a roaming cat. The loyalty of the latter group is partially based on its pockets and partially based on its principles.

This new battle in Damascus aims at turning the silent Assad supporters against Assad. It also aims at planting doubt in the minds of the vocal group.

Whether Assad can weather this storm remains to be seen. The regime is under mounting pressure to find a sensible solution to a war that seems to expose the popularity by which Assad won his non-contested presidential run in the so called Syrian elections.