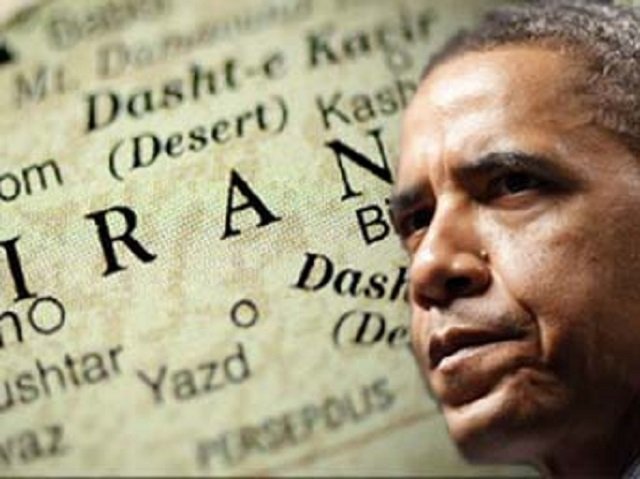 Iran is Lying, and We Know It!

If the White House doesn’t pull the plug on negotiations, Congress must.

The most frustrating part for a rational observer of the P5+1 negotiations with Iran is this: There is little doubt that Iran is lying, and will continue to lie, but that doesn’t seem to matter to those negotiating with it.

Rather than cause Tehran to capitulate by ratcheting up the pressure, the White House and its negotiating partners first eased the sanctions that had been compelling Tehran to negotiate and then effectively tabled the military option. Since then, they have made a seemingly unending catalog of tangible and irreversible concessions, to which the Iranians have responded with increased hostility. Yet, still the talks go on.

Last month, in just a week’s time, the P5+1 reportedly relented on three key demands: that Iran must come clean on its past nuclear-weapons work, that it must dismantle its plutonium-production plant, and that it must cease its uranium-enrichment activities. Not only has the White House folded on these important criteria, it is also employing an array of experts to cook up more schemes to keep the talks alive. The White House has signaled added flexibility by moving to offer sanctions relief immediately after a deal is signed, rather than waiting until Iran meets its obligations. Given that Iran has for decades refused to come into compliance with its international obligations, has sought to destabilize the Middle East, and has waged a deadly war against America and its allies when pressure was in place, it stands to reason that when that pressure is removed Iran will ramp up its illicit nuclear activity, tighten its grip on the Middle East, and intensify its attacks against Western targets.

Negotiating does not mean accepting the opponent’s position as your own, particularly when it comes to serious matters of statecraft. In the lead-up to Operation Desert Storm, President George H. W. Bush gave a careful lesson in diplomacy when, on January 9, 1991, he dispatched his secretary of state, James Baker, to meet with Saddam Hussein’s foreign minister, Tariq Aziz.

Baker handed Aziz a letter, in which Bush bluntly offered Hussein two options: Either he must comply with a dozen U.N. Security Council resolutions demanding the peaceful withdrawal of Iraqi troops from Kuwait, or those troops would be expelled by force. As Baker’s assistant secretary of state, John Kelly, later reported, “the tension was visible in Tariq Aziz.” Although he was a tremendously accomplished diplomat, “his hands trembled slightly as he held the letter. I remember seeing a small trough of perspiration running down his temple.” It was precisely because President Bush defended the integrity of the United States and of the U.N. Security Council that he was able to present a united domestic and international front and restore the balance of power and global order.

In contrast to Bush’s ironclad dictates to Saddam, the secret correspondence from Obama to Khomeini constitutes a humiliating concession. Rather than confront Iranian aggression across the region, President Obama rewarded the leading terrorist sponsor by raising the specter of effective cooperation with Tehran. It is commendable that the Obama White House is applying creative thinking to a complex problem that has bedeviled many successive administrations. And it is understandable that it has sought to bridge gaps with operational adjustments that the Iranian negotiators could spin politically in order to satisfy their leadership’s domestic constraints. But it is unacceptable that the Iranians have been allowed to outmaneuver the West simply by wielding against us our willingness to negotiate. The White House has become captive to its own desire to achieve a deal, and that has caused Iran to make even greater demands.

Horrified by what they perceive as deepening acquiescence to Iran’s demands, America’s traditional Arab allies — Muslim and otherwise — are taking matters into their own hands, most notably in Yemen, where a coalition of Sunni states is countering Iranian efforts to reinforce the rebels. The Iranian patrol boat’s seizing of a cargo ship that was under U.S. protection last week in the Persian Gulf is merely the latest in a steady stream of indicators that American concessions have only bolstered the determination of the clerical regime in Tehran to pursue anti-American policies. When President Obama originally presented his plan to the American public, he said its purpose was to prevent a nuclear-armed Iran, not to contain it. Yet now the world stands on the brink of a deal that would, at best, legitimize an industrial-sized Iranian nuclear-weapons program and, at worst, spark a nuclear-arms race across the Middle East.

For members of Congress weighing the issue, it is time to honestly confront this question: Has the White House truly done everything possible to stop Iranian aggression, or has it given Iran — and other enemies — reason to underestimate American resolve? If the latter is the case, Congress must do its utmost to kill the deal before an already corrosive Middle East, and other conflict-stricken areas around the world, descend further into chaos. — Harold Rhode served for 28 years as an analyst covering Iranian and Middle Eastern affairs at the Office of the Secretary of Defense. Joseph Raskas is a combat veteran of the Israel Defense Forces and a consultant for the Friends of Israel Initiative, founded by former prime minister of Spain José Aznar.

Iran is Lying, and We Know It!