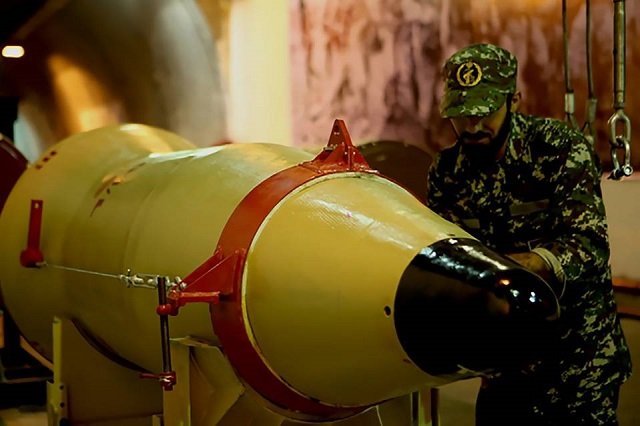 The U.S. Senate Takes On Iran

March 24, 2016 9:19 pm 0
The Atlantic Council Wicked Plans Backed by Barack Obama
Assad May Not Fall Before the Iranian Regime Does
Iran Spits in Barack Obama’s Face

The Treasury Department on Thursday blacklisted two Iranian companies for supporting Iran’s ballistic-missile program, as well as British businesses it said were helping the country’s Revolutionary Guards. This is good news, but it would be better if President Obama would endorse an even tougher sanctions bill now moving in the Senate.

A parallel bill sponsored by Sen. Mark Kirk and 15 other Republicans, including Majority Leader Mitch McConnell, targets Iran’s destabilizing actions in the region and human-rights violations at home. The bill would impose U.S. sanctions on any business in which the Iranian Revolutionary Guard Corps holds a 25% or larger stake, as well as the directors of such firms. The bill specifically targets Mahan Air, an Iranian passenger airline that provides logistical assistance to the Revolutionary Guards and Hezbollah in Syria, according to the U.S. Treasury.

As the Foundation for Defense of Democracies notes in a recent report, Tehran’s ballistic-missile program is deeply intertwined with Iran’s legitimate economy, including the automotive, energy, construction and mining industries. Countering the missiles, the FDD says, requires “economic sanctions against all sectors involved in their development.”

The Ayotte-Kirk U.S. sanctions are a good start, since the path to international sanctions is closed for now. Iranian negotiators succeeded in excluding limits on ballistic missiles from the nuclear deal itself, but United Nations Security Council Resolution 2231 “calls upon” Tehran not to build or test missiles for eight years. Iran has used that weak language as a legal loophole, and Russia has made clear it will use its veto to stop any U.N. sanctions.

President Obama will likely oppose the new measures, and the timing of Treasury’s actions may have been aimed at heading off new Senate legislation. The U.S. sanctioned 11 companies and individuals for aiding Iran’s missile program after tests last year, but Iran keeps firing away.

Maryland’s Ben Cardin, the ranking Democrat on the Senate Foreign Relations Committee, and Chairman Bob Corker of Tennessee said in a joint statement last week that they’re working on bipartisan sanctions. The Ayotte-Kirk measures should be the starting point. Unilateral U.S. sanctions are a weak substitute for binding international sanctions. But the effort sends a message that the nuclear deal isn’t a license for Iran’s regional imperialism.

The U.S. Senate Takes On Iran

Beware of the Parallels
The Thomas Affair: A Letter to Wayne State University
Why Does It Take a Fire?
Iranian Terror 590 Syria News 1210