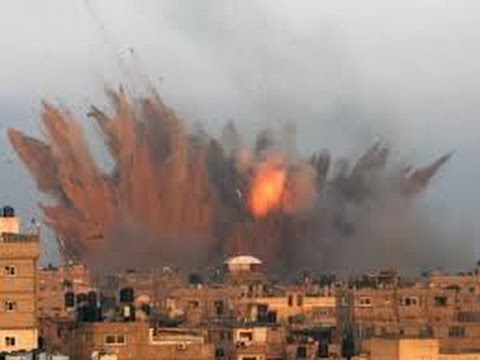 You kill Americans you pay a hefty price

September 23, 2014 5:12 am 0
The Crisis of ISIS
Assad, ISIS Have Been ‘Ignoring’ Each Other on Battlefield, Data Suggests
Promoting Democracy in Syria: Options for U.S. Policy

The United States began its air assault against ISIL in Syria Monday evening at 8:30PM local time using Tomahawk missiles, drones, B1 Bombers, F-15, and F-16 fighter jets. These attacks represent a message from the parents of Steven Sotloff and James Foley that says, you kill Americans you pay a hefty price.

According to Fox News, five Arab countries were involved including Saudi Arabia, Jordan, Bahrain, Qatar, and UAE. What military involvement, if any, either of the Arab countries committed to remains unclear. The story reported in Arabic by al-Arabiya did not mention at all the five Arab countries collaborating with the US, which leads me to believe that the support is as stealthy as a B1 Bomber, and more than likely in the form of a diplomatic nod.

For Obama, claiming he has the support of other allies and partners gives him the domestic cover he needs. In reality, this will be viewed by the Arab street as the US singlehandedly killing Sunnis. Period.

While ISIL is one of the most dangerous loose organizations ever to surface from Obama’s witless Syrian policy, both the Iranian and the Assad regimes represent much more danger to US interests in the region and to our allies.

Israeli envoy to the United States Ambassador Ron Dermer said as much in a speech at his home during a pre-Rosh Hashanah event:

There is no doubt a nuclear Iran would pose a grave danger. Today, however, Iran still poses a danger to US personnel the way ISIL poses danger to US reporters. No one can forget the roles Assad and Khamenei played in Iraq in killing US service members of our military. To ignore this fact dooms one’s credibility.

Now that Obama is battling ISIL without lifting a finger to save the Syrian people from the terror of Assad and Khamenei, and without striking the Assad regime, the price of Obama’s continued mistakes will multiply the dangers America will face. To any Arab, Obama’s war against ISIL looks as if America is helping the Shia to terrorize Sunnis and doing its share of Sunni killing too. That ISIL is an extreme terrorist organization is of little consequence to the Arab Sunni street.

I am not the only one making this point. Ammar Abdulhamid, a Syrian dissident, conveyed very much the same notion on his Blog Amarji:

“Ever since ISIS began making its presence felt on the Syrian scene, I predicted that eventually Obama will choose to intervene in Syria, but only to strike against ISIS. I warned that such a course will antagonize many Sunnis around the world, on account of Obama’s refusal to strike against the Assad regime which has committed much worse atrocities against the Syrian people, especially the Sunni majority. By enlisting the participation of Saudi Arabia, Jordan, UAE and even Qatar, Obama seems to think that he can avert giving such an impression. But he is wrong. Participation of the corrupt and authoritarian Sunni governments that have always had strong ties with the U.S. will not alleviate Sunni doubts and anger on the grassroots level, especially among the disaffected, and will probably further fuel it.“

Soon, it is going to get much worse in the region. The American people, in their wisdom to avert wars, have unwittingly elected a US President who is dragging us into multi-war scenarios.

You kill Americans you pay a hefty price

Mr. Rhodes, there were no wrong sides in early 2011
Why the Syrian Opposition is in Turmoil
Druze Recruits Defect From Syria Army
Radicalism 567 Slippery Barack Obama 976