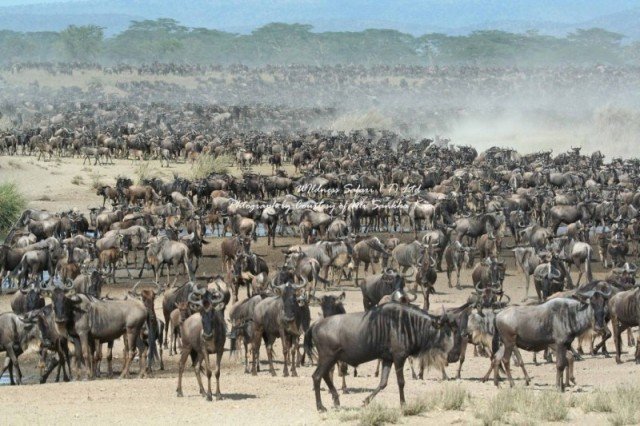 February 16, 2014 7:46 am 0
The Dumb Obamacans
Barack Obama’s war in Syria could be a sideshow
If Israel Makes Arabs Mad at the U.S., Our Partnership With Iran Will Make Them Even Madder

When the Assad regime intentionally released al-Qaeda prisoners into the wild and collaborated with them to deceive the West into believing the Syrian uprising was led by terrorists, Assad and his turban masters in Tehran did not expect that their intentional sectarian war feeding jihadi ideologies would end-up backfiring on them.

Not because both countries are in bed with al-Qaeda terrorists, but because their sectarianism had the indirect dire effect of galvanizing Muslim Europeans and few Americans to join the war in droves and cause grave concerns to western national security apparatuses of what these semi-indigenous souls would do upon their return home.

Welcome to the Serengeti terror migration.

At last count, the jihadists streaming into Syria come from 50 different countries. Consider that 88 countries are participating in Sochi to get a sense of the danger of this first ever large-scale transitional and migratory terror. It is unprecedented in scope and danger no matter what your angle of view. This is the Serengeti migration of terror.

It is not the Sunnis vs. Shia that Assad and Khamenei intended all the way and which many turned a blind eye to. It has now become Islam vs. Christendom in faraway lands.

This aspect is prompting the West today to tweak its policy on Syria to effectively stem the tide by cutting off the supply of jihadists. Delivery of potent weapons to the moderate Syrian opposition to finish Assad off, which, incidentally still account for two-thirds of the fighters in Syria, seems to have become the goal of this administration. The vitriolic attack a US official leveled against Russia is the best indicator yet that the White House is conceding its policy on Syria has failed so far.

The US official said: “[Russia] can’t have it both ways. They can’t say they’re in favor of negotiations in Geneva and a transitional government guided by full executive authority and humanitarian access and have a happy Olympics, and then be part and parcel of supporting this regime as it kills people in the most brutal way.”

The EU and the US have permitted Iran and Russia to lead on Syria at their own peril.

This will open the door wide-open for Cold War II because Putin, being the racist thug that he is, will not permit to be dictated to by an African-American US President. Once he is certain the weapons have reached the Syrian opposition, he will respond to Mr. Obama’s challenge with his own. My sense Putin will tweak the Iranian nuclear program the way Obama is tweaking Syria. Can Russia claim it has rogue nuclear scientists it cannot control? Or better yet, that it is missing a sizeable amount of enriched Uranium?

Mr. Obama has no choice but to confront Putin when the Soviet-style KGB agent ups the ante. The next few months will be a test whether our president believes American exceptionalism can be confused with his qualities to lead this nation.

Leaders of the free world cannot but fight terror with terror, violence with violence, and villainy with more villainy. That is why western countries have spy agencies, specially-trained soldiers, and advanced weaponry of war. The idea that somehow words, diplomacy, and civilized behavior do work on men of violence is absurd. Illustrious and extremely violent dictators fall when they are forced against their will. Hitler, Mussolini, Milosevic, Honecker, Tito, Saddam, and many more have only succumbed either through violence or the threat of violence.

Assad and Khamenei are no different and the sooner the west comes to this realization the cheaper the war will be in terms of life and treasure.