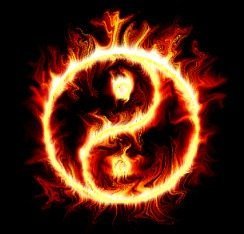 Is the Arab League Trading Syria for its Security?

December 5, 2011 11:26 am 2
Just Civil War in Syria? Think Again
The Palestinian Grievance Industry
Please Awaken Your Conscious to the Tragedy of the Syrian People

While our people are getting slaughtered every day, the SNC follows the orders of Saudi Arabia (Under King Abdullah) and Qatar (Under Sheikh Hamad) by maintaining itself firm against self-defense and armed struggle against Assad.

This fits perfectly with the foreign policies of the two oil and gas giants because at the end I believe they may want to trade Syria with Iran for their own security and therefore they must not stifle those aims by combating Assad on the streets of Syria. Â

What does trading Syria for the AL security mean?

Here are some good signs of what it means:

Mokren also said that if the Arab people want to be ruled by the Muslim Brotherhood, let it be. A stamp of approval aimed to dictate to the Arabs and threaten the Iranians simultaneously.

We have to believe now that the Saudi-Qatari axis and the Muslim Brotherhood are the Ying and the Yang of Islam.

But there are difficulties for the Arab League ahead.

The SNC is organized by them, not the Syrian people. The traditional Syrian oppositionists living inside Syria are nowhere to be seen amongst its rank. The SNC’s loyalty to both the Saudis and the Qataris is absolute and unquestionable because both have been pouring money into its coffers to insure that it remains the ONLY opposition to control absolutely.

Further, the SNC leadership has publicly discouraged the Syrian Army from any defections under the pretext it will create sectarian tensions; similarly, it has not called for any NATO No-Fly Zone to protect the civilians. This makes the SNC an unpopular organization inside the country.

In fact, the SNC’s popularity on the streets of Syria oscillate between “absolute dislike” in the heart of where the killing is taking place to “questionable” in areas where the Muslim Brotherhood has some influence like Hama.

The main reason why the SNC is so unpopular evades the best analysts.

After all the massacres taking place in Syria, which have affected almost everyone in the country, the balance has tipped in favor of real oppositionists taking control as opposed to the opportunistic ones. This makes the SNC the ridicule of the Syrian street.

Given these facts, the essential question on the mind of the Saudis and the Qataris is: How do we balance our interests and gain control of the Syrian street at the same time? Such is necessary if they want to trade.

They reason that the SNC, because it mirrors their own conspiratorial aims, is unable to offer more than a front. Nor can al-Arabia and al-Jazeera convince an angry people to accept a deal that will cement their oppression and belittle their sacrifices. They need to firmly own the street to convince Iran that they can appease the people if they both agree.

Could that be the reason why the Free Syrian Army suddenly becomes so important? Is this why the Erdogan government blocked their funding a week ago and unblocked it the moment they entered into an alliance with the SNC? The last thing the Arab League wants is a potent rogue “Armée de Résistance”  that could derail their sinister aims.

Is this the reason why Assad continues to kill? He knows his life depends on secret negotiations with Iran and not on the Free Syrian Army or the Syrian street.

The Obama administration is going along in the belief it will spare itself another fight so close to the campaign and elections of 2012.

I wonder what the Israelis think? If I have to bet, I would say nothing short of regime change in both Syria and Iran.

But not using the same shortsightedness of the Arab League.

Is the Arab League Trading Syria for its Security?