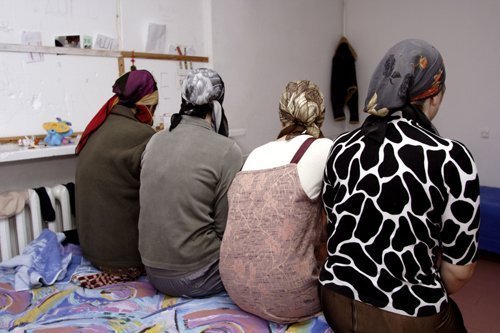 There is a tragedy in violating a woman’s space that no man can ever understand. More so in Islam because of the deep shame women feel towards victimization. Armed with that knowledge, men of war have used rape of Muslim women as a weapon to weaken the fabric of a society. We saw it during the break-up of old Yugoslavia by the Milosevic Government. We are seeing it today by the Assad and the Putin regimes in Syria. In fact, we believe there is an official Russian policy of raping Muslim women.

Coincidence that both countries are satellites of Russia? Not if you read the report produced by Human Rights Watch, in January of 2000, accusing modern Russian soldiers of raping Chechen Muslim women during its Chechen war.

This policy of intentional raping of Muslim women is taking place right under our nose. Russia, in addition to two other countries trained by the Old Soviet Union, using rape to control and tyrannize women is certainly not a coincidence. Who said Stalin is dead!!

WHERE ARE THE GLOBALISTS?

Where is the UN or the OIC or the GCC or the Arab League to scream bloody hell? Instead, they turn their attention against Israel for building few homes in occupied territories.

Does a country deserve our respect when it violates women with impunity? Does Russia deserve a Veto power at the UN?

Where are global women’s organizations to call the world attention to an intentional Russian policy of raping Muslim women? Planned Parenthood, left-leaning politics, and calling for women’s protection worldwide can be mutually exclusive.

To get a sense of what rape means in Islam, a good article to read would be one written by Lauren Wolfe for CNN that describes not only the facts but the nuances surrounding them. The whispers, the tears, and the secrecy are all part of a process Muslim women go through to describe their ordeal. Kudos to Lauren Wolfe for her excellent article.

This truly tears us apart. Just as if watching a child on YouTube getting tortured by the barbaric men of Assad. Even though we feel anger and our empathy is emotional, what Muslim women feel is beyond our comprehension. This is true of any women on this planet who experiences rape.

Any wonder why Russia remains the protector of everything rogue, destabilizing, and evil in the world today?

Maybe Ambassador Rice should write a report on this subject to demonstrate how appalling it is to be inclusive of Russia under Putin.

Maybe the world should really compare how the roots of Communism haunt humanity the same way Islamic terror haunts it today.