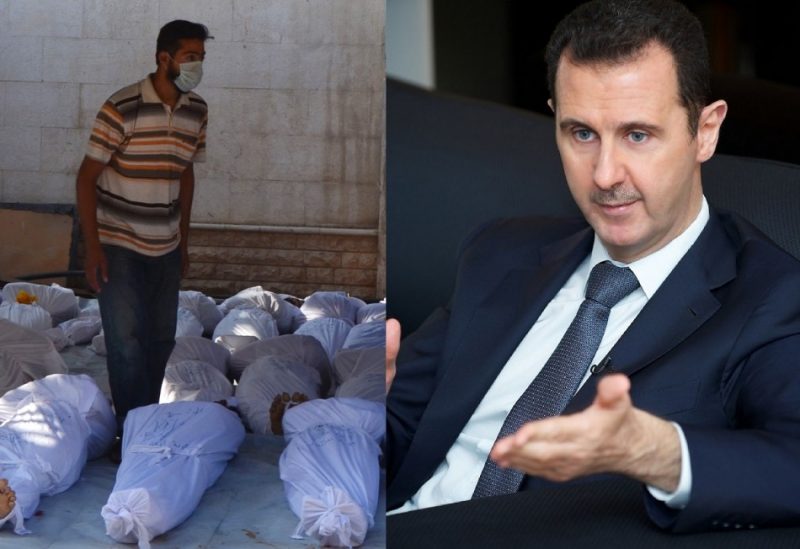 December 20, 2012 11:30 am 0
Act or Be Accountable
Syria’s Civil War Positive Notes
Deter the madness of Assad

France24, the CNN of that beautiful country, picked a story on its website entitled “Outrage in Damascus after Israeli reporters enter Syria“. We read the Arabic dispatch SANA, the official mouthpiece of Assad, published yesterday; but instead of bells and whistles, we thought that it was funny for Assad and Hezbollah to express outrage over two Israeli reporters who sneaked into Syria to report on the war when they were behind the mass murders of tens of thousands of people in Syria and Lebanon. Call it the genocidal maniacs outrage.

Such an outrage on their part, don’t you think?

Baschar al-Assad and Hezbollah, the killing machine behind the murder of Rafik al-Hariri, Gibran Tueini, General Wissam al-Hassan, their latest victim, and so many other brave Lebanese politicians, in addition to thousands of civilians, including the torture of children and the raping of women, are OUTRAGED because two Israeli reporters entered Syria to do their job by reporting the news. Does that sound demented to you too?

Could it be what Itay Angel and Amir Tivon saw, while undercover, is something to be outraged over? Could it be that those two reporters uncovered, with precision, how weak and desperate both killing machines have become?

Or could it be that France24 reported on something many Israelis saw on Channel 2 in Israel that SANA completely missed, by accident no doubt, and which centered on the comment made by one of the commanders in Idlib to the two reporters:

We are only against Bashar al-Assad and his regime, if Israel’s [former Prime Minister and General] Ariel Sharon comes to me and says he is against Bashar, he has my confidence.,

Which effectively dumped their “resistance” doctrine in the sewers of their own history for good?

There have been many Israeli reporters, since the war, who have gone undercover in Syria and wrote about it openly. No need to stir the evil trio witch’s stew by mentioning their names again, but Hezbollah and the Assad regime knew it, yet they did not stir over it because they were either too busy killing Syrian civilians to pay attention to such a minor detail, or because the other reporters did not get the same reaction this Commander in Idlib provided those two reporters with his Ariel Sharon comment.

We can’t tell “what” from “why” anymore because it’s hard sometimes to analyze the green goo oozing out of the skulls of mass killers.