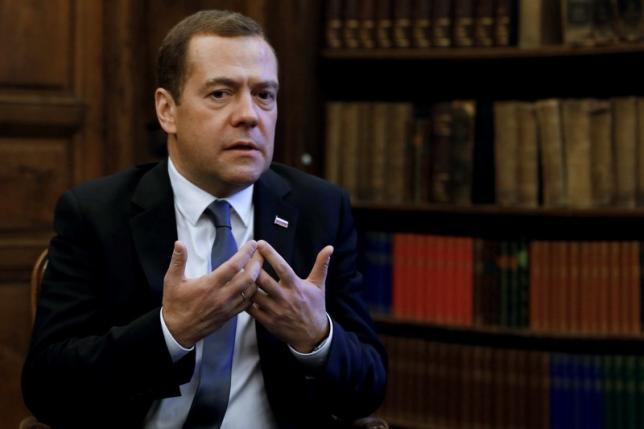 Russia Slowly Going Broke. Is Assad Worth it?

March 20, 2016 8:35 am 0
Know your evil
The Children of Hafez al-Assad
Tacit Agreement Between Obama and Putin to Save Genocidal Assad

Russian Prime Minister Dmitry Medvedev agreed to slash funding for Russia’s space program by 30 percent on Thursday, an effort to reign in runaway state spending in the face of a deepening economic crisis. Russia slowly going broke. Is Assad worth it to back instead of a new government the Saudis would have cut their production for to increase the price of oil?

“It is a large program, but we need such big programs, even in circumstances when all is not well with the economy,” TASS news agency quoted Medvedev as saying.

Space exploration is a subject of national pride in Russia, rooted in the Cold War “space race” with the United States, and has been touted by President Vladimir Putin as a symbol of his country’s resurgent global standing.

But along with other large-scale and costly projects, such as preparations for the 2018 soccer World Cup, state support for Roscosmos has fallen victim to Russia’s steep economic downturn, fueled by a collapse in global oil prices and Western sanctions.

In line with its reduced funding, the space agency has agreed to delay a manned flight to the moon by five years – to 2035 from 2030 – and scrap plans to develop a reusable rocket, a potentially valuable cost-saving technology.

Furthermore, Moscow has intervened militarily in the conflict in Syria, costing the country almost $700m according to the best estimates.

A Roscosmos spokesman previously said the agency would reassess its plans after 2025.

Russia Slowly Going Broke. Is Assad Worth it?