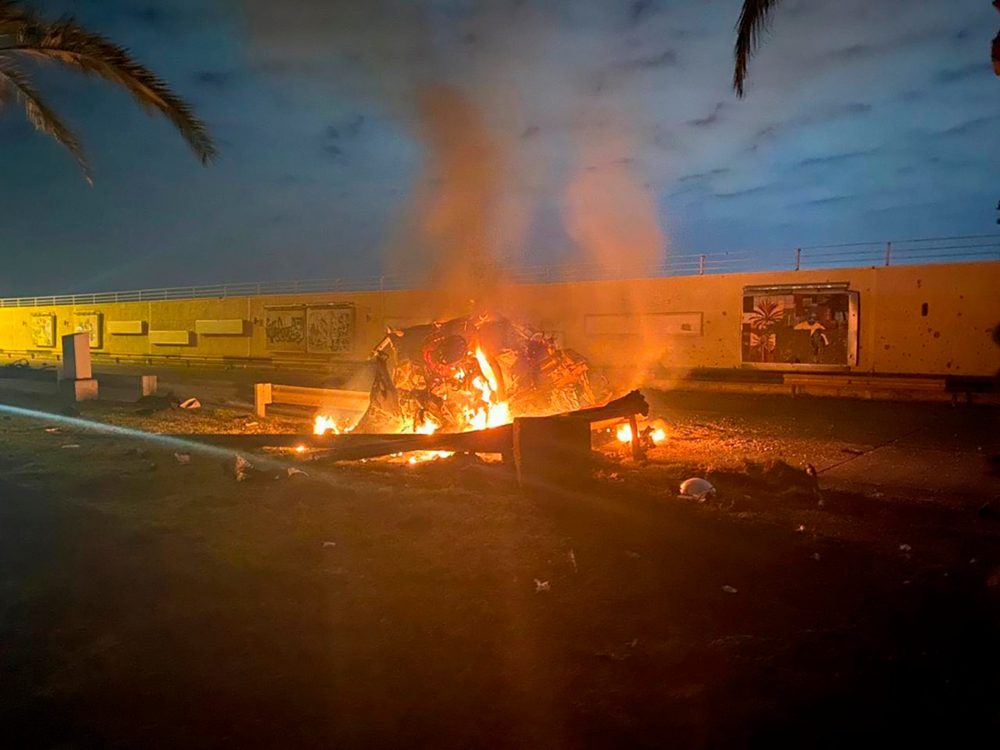 The Pentagon said in a statement:

At the direction of the President, the U.S. military has taken decisive defensive action to protect U.S. personnel abroad by killing Qassem Soleimani. This strike was aimed at deterring future Iranian attack plans.

By a mile, this is the most courageous order President Trump has asked our brave troops to execute. Soleimani is responsible for the death of tens of thousands of innocent Syrian civilians; as well as an untold number of innocent Iraqis, Yemenis, and Lebanese.

The statement added that the United States would continue to take necessary action to protect Americans abroad.

The Pentagon said that Soleimani had “orchestrated” attacks on coalition bases in Iraq over the past few months. He approved the “attacks” on the U.S. embassy in Baghdad this week.

U.S. officials, speaking on the condition of anonymity, said that a drone strike attack killed Soleimani.

One U.S. official said that the drone strike also killed Iraqi militia commander Abu Mahdi al-Muhandis. This according to initial but unconfirmed information. Al-Muhandis was an Iranian agent. His men breached the U.S. embassy in Baghdad.

The official said the Pentagon was aware of the possibility of an Iranian response and that the U.S. military officials were ready to defend themselves. The official did not rule out additional U.S. troops or military assets going to the region.

Former U.S. ambassador to the United Nations Nikki Haley said that Soleimani’s death “should be applauded by all who seek peace and justice.”

Earlier on Thursday, before the strike, U.S. Defense Secretary Mark Esper said there were indications Iran or forces it backs may be planning additional attacks. He warned that the “game has changed”; and it was possible the United States might have to take preemptive action to protect American lives.