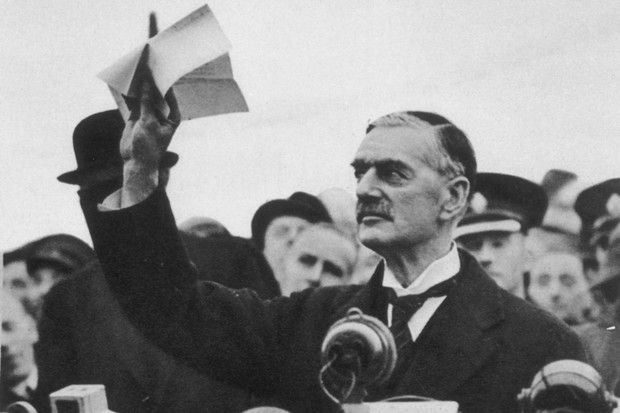 The Appeasers Run the Gamut: From Wimpy to Wobbly

Those fellow appeasing Americans opposed to President Trump’s defensive measure to protect Americans abroad are speaking out in volume. The appeasers run the gamut: From wimpy to wobbly, and from cowards to contemptibles. None of them can separate their feelings towards the president from the pure interests of the United States.

As our readers know, we do not hold President Trump in high regard on this website. In fact, we have called him a traitor on few occasions and dumb on so many other occasions. But by golly, when this president does the right thing, we will stand up and defend him. President Trump deserves the Medal of Honor for killing the primo terrorist Qassem Soleimani.

Let us make one thing clear. The killing of the grand master of terror General Qassem Soleimani has captured the news cycle limelight, which means there is immense anger among the impeachers for the theft of their thunder. To bring it back, some have even dared writing Op-Eds with titles like “Trump’s illegal, impeachable act of war“. Really?

Since when a U.S President who defends U.S. interests abroad by striking our sworn enemies before they strike us again become the target of an impeachable offense? Did Soleimani not just kill a U.S. contractor in Iraq? Honestly, some pundits in this country need some serious mental help.

“This is not 1979, and the President occupying the White House today is not the weak Jimmy Carter. Message sent and message received.”

Then you have ex-US officials, like Leon Panetta, who claims that Soleimani was never on a direct target list. The last time Panetta was in a position to decide who is on such a list was in 2013. How does he know what happened the last seven years to upgrade Soleimani to the direct hit list? Panetta is as wimpy as Barack Obama, the man who appointed him, was.

Then there are those who write with such venom as if U.S. foot soldiers and tanks are rolling into Tehran. Instead of rallying behind their president in support of a legitimate action, they would rather whine and grumble about us going to war with Iran.

Reality is that the President’s order is one off. Made to kill a major terrorist figure and to send our own message to Khamenei that should his proxies breach our embassy again, there will be a heavy price to pay. This is not 1979, and the President occupying the White House today is not the weak Jimmy Carter. Message sent and message received.

Iran is threatening to retaliate for Soleimani’s legitimate hit. If you believe the Mullahs, weakened by tough sanctions and a pariah state across the globe, are going to risk to escalate to the point of heavy U.S. counter-retaliatory measures then you are a fool. They will simply swallow their pride and continue working on their agenda of terror until we stop them for good.

Let the dog bark. It keeps us on the alert and ready.

The Appeasers Run the Gamut: From Wimpy to Wobbly