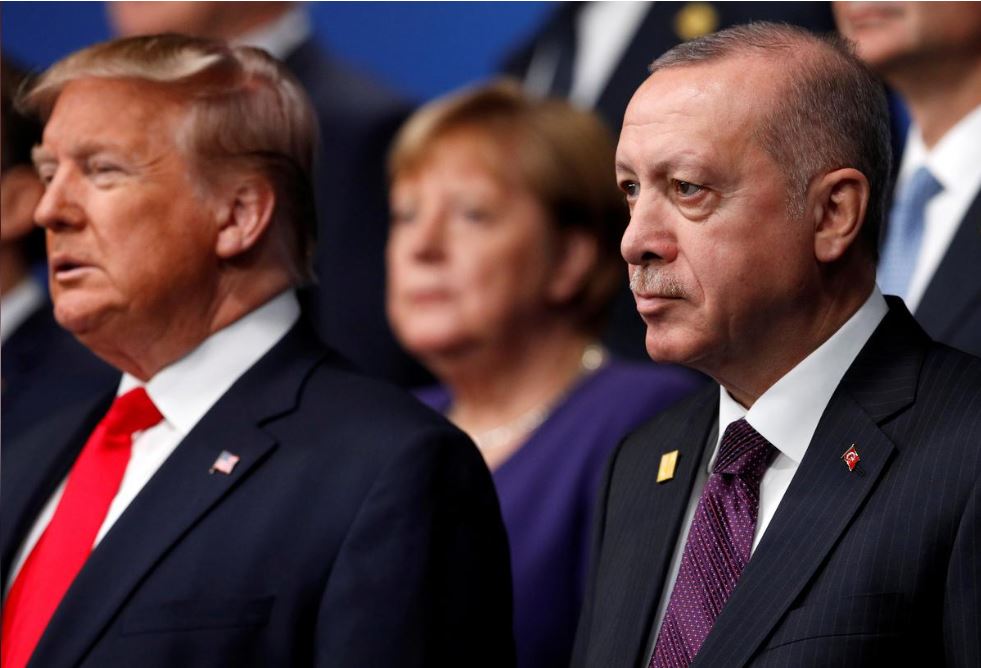 U.S. President Donald Trump and his Turkish counterpart Tayyip Erdogan agreed on the need to de-escalate tensions in Idlib, Syria, the White House said on Thursday. The announcement comes a day after the Assad regime killed eight people in a Syrian missile strike in the province. For both leaders to announce such a low common denominator — protection of civilians — shows that the Trump Erdogan meeting was insignificant and inconsequential at best. Nothing of real substance emerged.

The White House said in a statement:

The leaders agreed on the need for de-escalation in Idlib, Syria, in order to protect civilians.

It seems that Trump has denied whatever proposition Erdogan made to seek American help to stop the Syrian and Russian armies from rolling over Idlib.

Looking back, the Syrian liberal and moderate opposition that emerged in 2011 and 2012 to depose the Assad regime never received any meaningful assistance from the west to succeed. Good words and little deeds. As such, there is little chance with Islamists fighting in Syria for the west to help stop Assad.

ASSAD AND PUTIN ARE TARGETING CIVILIANS

The Assad regime killed at least eight people on Wednesday. It took place when the Syrian army launched missiles that struck a shelter for displaced families in the country’s northwest.

Five children were among those killed in the strike on a school in the town of Sarmin in Idlib province. The strike also injured 16 people.

Families fleeing a Russian-backed bombing campaign in Idlib used the school building for protection. Idlib is home to some 30,000 Islamist fighters and 3 million civilians fleeing the brutal Assad rule.

The Russian-led campaign that started in April 2019 had already forced at least 500,000 people to leave for areas closer to the border with Turkey. So far, Russia has abstained from hitting these areas but only for a short period of time. Eventually, Russian violence will touch the Syrian civilians.

Trump spoke out last week against the “carnage” in Idlib. Moscow and Damascus deny claims of indiscriminate bombing of civilians, saying they are fighting jihadist militants. The video evidence the White Helmets are providing, however, show clearly that Assad and Putin are bombing civilians to submit them  again to the same fear that has existed in Syria since the 70’s.