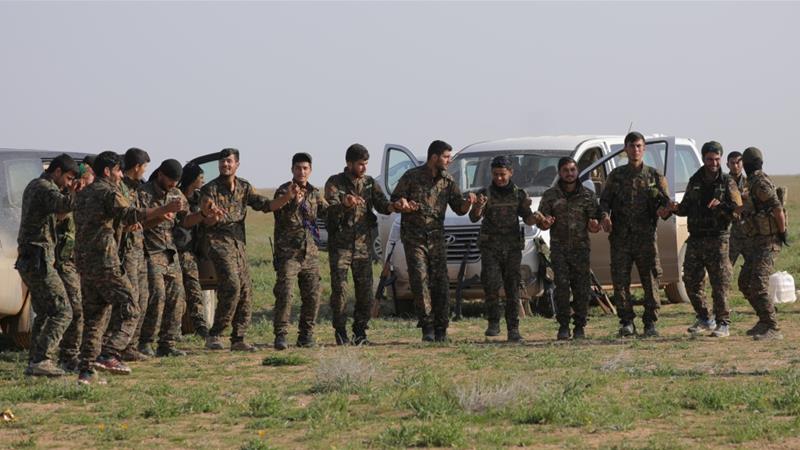 Defeated ISIS Will Regroup Due to Short-Sighted U.S. Policy

Defeated ISIS will regroup due mostly to a short-sighted U.S. policy on Syria that refuses to accept Syrians will not rest until Assad is punished for his crimes. We are not talking about the fat cats ruling other countries and their opinions on the matter. We are talking about the average man on the street. In Syria and beyond.

Remember the first time the United States began organizing a fighting force of Syrians to defeat ISIS? They recruited about four or five fighters total. Reuters recently recaptured that moment in a paragraph it published:

In September 2015, Austin, the commander of U.S. Central Command, acknowledged during congressional testimony that despite hopes of putting several thousand U.S.-backed Syrian rebels into battle against IS, they had managed only four or five.

That sentiment has not changed. Most of Syria’s and Iraq’s populations believe the one-two punch of removing Saddam from power, but letting Assad commit his crimes without any attempts at taking him out is a one-sided American pro-Shiite affair. That memory will keep ISIS, or ISIS ideology of defeating the enemies of the Syrian people alive. At TFS, we say don’t flash any maps Mr. President. This imagery will come back to haunt your legacy later.

How did the United States manage to convince the Kurds to leave their blood and tears on the battlefields of Syria without any promises in return? The Kurds of Syria and Iraq have but one dream. To unite their contiguous lands to form a country of their own. Which would also carve out Turkish and Iranian territories for a completed scenario.

Did the U.S. promise the Kurds a country of their own? Do the real costs for defeating ISIS come in the form of a future “Account Payable”?  To the Kurdish people for their sacrifices? How and when seem an impossible task given the immense resistance from the major regional players in the region. Will the U.S. then walk away from its commitment as it has done on so many other occasions to other groups? Get the picture? Defeated ISIS will regroup mostly because of an impulsive U.S. policy to abandon her allies when the “Account Payable” comes due.

If abandoned, the Kurds would find a local ally that would agree to their scheme. And since success usually comes the way of those who plant and feed Islamic terror (i.e. Assad and Putin), the Kurds next partner might be an alternative ISIS movement with the same ideology but one that is willing to turn a blind eye to Kurdish aspirations in return of their own to defeat the Assad regime. Shall we tell you how many countries would secretly fund them? Especially because the non-interventionist movement is in full swing in the U.S.

If Donald Trump wants to uncork the champagne bottle for his narcissistic sell-promotion, let him enjoy the briefest celebrations possibly in our history. Defeated ISIS will regroup if we continue sweeping Assad crimes under the carpet. Don’t roll your eyes yet. There is possibly a way without firing one American bullet.

If we really want to defeat Assad, all Donald Trump has to do is Tweet the following message.

Anyone from Assad’s inner group who is willing to take Assad out will be rewarded with ruling Syria and one billion dollar cash from the funds Assad pilfered. Reconstruction money will pour if that ruler turns 180 degrees on Assad’s policies. This message is good for any of these people: Assad cook, Assad barber, Assad tailor, Assad chauffeur, Assad bodyguard, Assad pilot, and Assad butler. Good luck hunting.

Let Assad live like the mass murderer that he is. Does Trump have the guts to tweet this message? If not, don’t celebrate yet ISIS defeat. Sunnis will find a way to grow again for their cause.

Defeated ISIS Will Regroup Due to Short-Sighted U.S. Policy