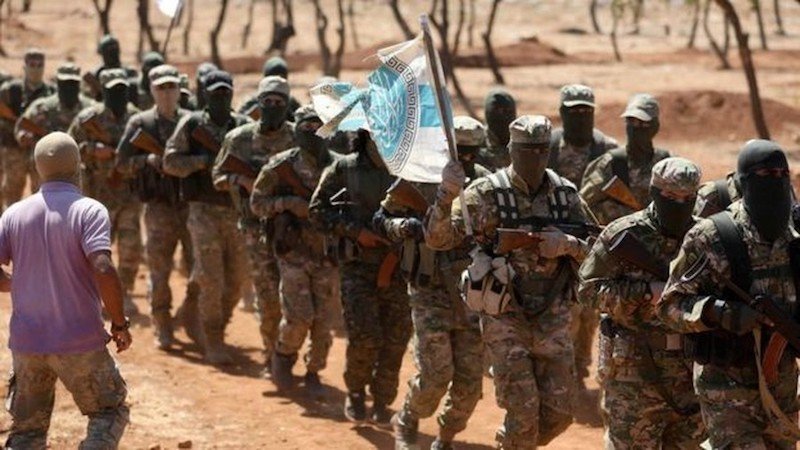 The Hayat Tahir al-Sham (Organization to Liberate Damascus), or HTS, said the attacks occurred early Saturday in the northern province of Aleppo.

The area of the attack is part of a seven-month truce reached between Turkey and Russia but has recently been repeatedly violated.

The HTS-linked Ibaa news agency said the attacks that occurred at dawn killed more than 20 soldiers.

The Syrian opposition, monitoring the war, confirmed that HTS killed 17 soldiers and wounded 30. Eight Islamists died in the attack.

This attack follows several other attacks that cost the lives of over sixty troops in the Assad armed forces. For a militarily decimated regime that is forcefully conscripting Syrian refugees returning to Syria, every foot soldier matters.

In one attack, four officers died. Those ranked as officers are willing volunteers, and often belong to one of the minorities of Syria. Usually, they are ardent Assad supporters, and their loss is incalculable to the regime.

This new guerilla warfare reminds us of Ho Chi Minh fighting the French occupation in Vietnam. Any French veteran of that war will tell you how impossible it was to defeat a determined people to see their occupiers run for the exit. In the case of Syria, many believe Assad is an occupier subject to Iranian and Russian will.

Countless other examples, like Cuba, remind us of successful guerilla warfare campaigns against much stronger established governments.

Unless Russia comes to the rescue again, Assad is a sitting duck. The Taliban in Afghanistan had provided Russia with a glimpse of guerilla warfare in the past.

At the rate these attacks are occurring, their impact is already visibly disturbing to Assad and Russia. As far as Iran is concerned, the regime feeds on violence. Such warfare gives it the excuses to justify its occupation of Syria under the pretext the Mullahs are protecting Assad. Iran’s real goals in Syria is to homogenize the country to their image and to use it as base to attack Israel.

It won’t be long before more liberal groups start organizing again to duplicate HTS tactics. The Assad regime still practicing terror and violence upon the general population is providing the fodder for such eruptions.