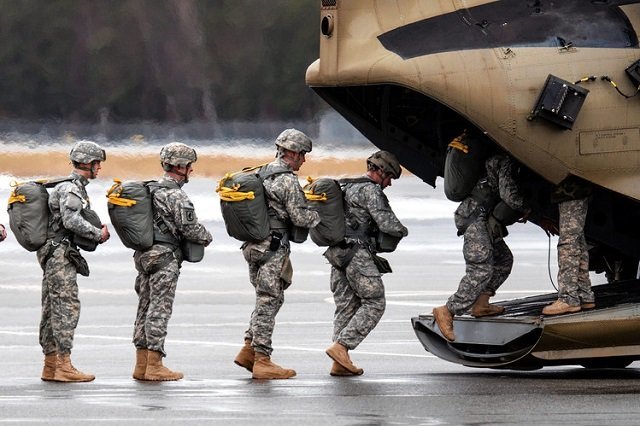 Will Obama Deploy U.S. Troops to Battle Sunnis for Iran?

August 15, 2015 3:31 pm 0
The Saudi Nuclear Program
Iran After the Nuclear Deal: Change We Can’t Believe In
Saudi Arabia Can Stop the Iran Deal if …

What is wrong with this New York Times story claiming “ISIS Is Suspected of a Chemical Attack Against Kurds in Syria” when there is not one video, one image, or one visual proof of any kind that Sunni ISIS did indeed attack the Kurds with mustard gas.

Nothing happens in Syria today that is not documented by cameras. It is the most videotaped war in human history. So how come we have no videos or images then of these mustard gas attacks? Mustard gas causes visible blisters and burns that are not difficult to document or videotape.

In support of this claim, according to the Organization for the Prohibition of Chemical Weapons (OPCW), mustard gas is easy to manufacture making it a first choice for a chemical weapon. So, it is probable it happened. But, where is the visual proof?

Mind you, our aim here is not to defend this terrorist organization, which, if it had mustard gas, would not hesitate a minute to use it not only against the Kurds, but also against any other Muslims or non-Muslims.

The purpose of questioning this phantasmagorical story is to shed some light on Iranian influence over our intelligence services whose aim might be to compel Barack Obama to dispatch U.S. troops to the region to battle Sunnis on behalf of Iran. Far-fetched? Not when Obama goes out of his way to give Iran everything it wanted in the Iran deal and for the U.S. to get nothing in return.

This whole Kurdish mustard gas fiction is to justify the deployment of new U.S. troops in the region to battle Sunnis for Iran. In order to deploy, the American public must be prepared for that eventuality with horrific stories. It may start as America deploying troops to defeat ISIS, but if Iran is behind this scheme, it will eventually become America battling the Syrian people for Baschar al-Assad.

We all know how abominable ISIS is. We all know that its defeat is a must to protect American interests in the region. But, when such accusations surface and there are no tangible visual proof in a war where almost every bullet fired boasts a video, our skeptical antennas cannot but rise.

To get to the bottom of this Iranian-planted story whose purpose is to use U.S. troops to battle Sunnis, try and get inside the head of Valerie Jarrett.

Will Obama Deploy U.S. Troops to Battle Sunnis for Iran?

Iran Is Posturing to Appease an Aggressive Saudi Arabia
Happy you apologized, Mr. President
IDF Head in the Sand
Syria 450