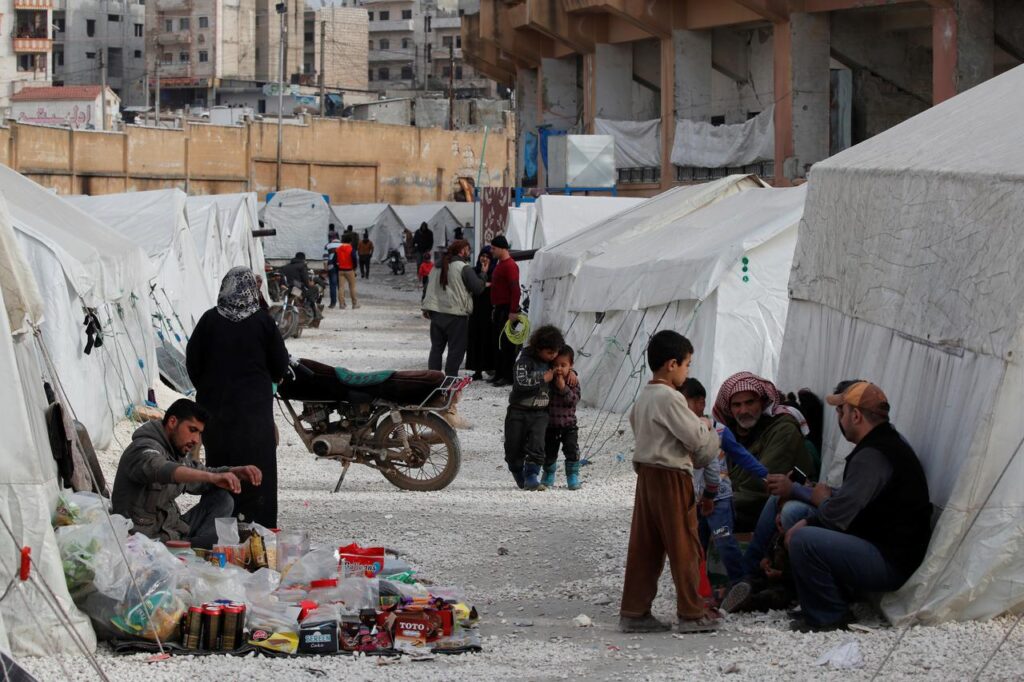 Hundreds of Syrian refugees are heading to EU borders as they walked through northwest Turkey toward its borders with Greece and Bulgaria on Friday. A senior official said Ankara will no longer stop Syrian refugees from reaching Europe.

On Thursday, Turkey said 33 Turkish soldiers were killed in an air strike by Syrian government forces in Syria’s northwestern Idlib region on Thursday.

The official subsequently told Reuters that the Turkish Government has ordered its police, coastguard and border security officials to stand down on refugees’ land and sea crossings towards Europe in anticipation of the imminent arrival of refugees from Idlib.

Demiroren news agency said there were around 300 migrants, including women and children, in the group. It began heading towards the borders between the two European Union countries and Turkey’s Edirne province at around midnight.

Syrians, Iranians, Iraqis, Pakistanis and Moroccans were among those in the group, it said.

BY LAND AND BY BOATS

It said migrants had also gathered on the western Turkish coastal district of Ayvacik in Canakkale province. They aim to travel by boat to Greece’s Lesbos island.

Reuters could not independently confirm who the people were nor where they were headed. Video footage of the migrants broadcast by pro-government Turkish television channels could also not immediately be verified.

Turkish President Tayyip Erdogan has repeatedly threatened to open the gates for migrants to travel to Europe. If it did so, it would reverse a pledge Turkey made to the European Union in 2016. It also could draw Western powers into the standoff over Idlib.

The Assad war on civilians has displaced one million Syrians near the Turkish border since December as Russian-backed Syrian government forces seized territory from Turkish-backed Syrian rebels. The offensive created the worst humanitarian crisis in the nine-year war.

Turkish broadcaster NTV showed scores of people walking through fields wearing backpacks. It said the refugees had tried to cross the Kapikule border into Bulgaria, but the Bulgarian authorities did not allow them through.

NTV said the same group of migrants had then walked through fields to reach the Pazarkule border crossing into Greece. It was unclear what happened to them thereafter.