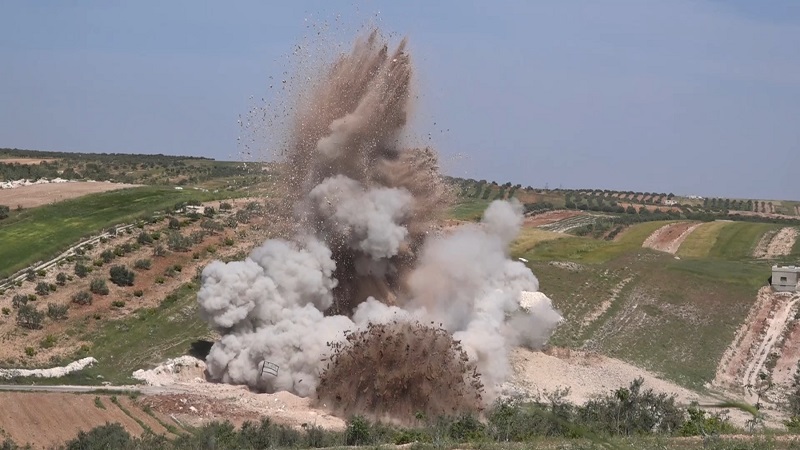 October 28, 2019 5:00 pm 0
EU Answers Putin With the Panama Papers
Enough is enough — U.S. abdication on Syria must come to an end
If the Alawite Minority Remains in Control of Syria

The New York Times conducted a comprehensive investigation and analysis that provided evidence of Russian terror against Syrian civilian hospitals. It’s a MUST SEE VIDEO.

Behind this remarkable work is senior visual investigative editor at the NYT Malachy Browne.

A standing member of the United Nations Security Counsel with veto powers is caught terrorizing civilians of another country.

First to blame for this terror is none other than the United Nations itself and its horrible leadership. It was the U.N. that provided, in the first place, the coordinates of all Syrian hospitals to Russia under the pretext Russia must avoid.

Isn’t it time to deconstruct the United Nations? We challenge anyone to point to one success story that stopped a war and which emanated from Turtle Bay. Just one. Syria? No. Sudan? No. Nigeria? No. Yemen? No. Bosnia? No. Ukraine? No. The list is an amalgamation of NO’s across the board.

It’s a MUST SEE VIDEO

Providing the Russians with the coordinates of Syrian hospitals in rebel-held areas is unconscionable. Even barbarous.

CRISPR TO THE RESCUE

All America needs to do is inject the Russian women arriving to Dubai to please young Arab men with the editing gene to replace the murderous one. This is how we win against Russia. By genetically domesticating their violent tendencies. Just as we domesticated wolves to turn them into man’s best friend.

At TFS, we say: CRISPR to the rescue.

We know it defies international laws. But so is bombing civilians in hospitals laced by a very long history of Russian violence. Say goodbye to Stalin.

Kudos to the New York Times and Malachy Browne. We ask the Pulitzer Board to consider seriously awarding Mr. Browne their coveted prize for an investigation highlighting Russian terror. It is the least Robert Hahn and Steven Blau could do to bring the world’s attention to what Russia is capable of when the world is not paying too much attention.

Mr. Hahn and Mr. Blau owe it to the peaceful global community to highlight malfeasance and abomination whenever possible. The Pulitzer platform is the perfect tool.

Just as Nobel highlights peaceful hearts, Pulitzer should highlight the evil ones.

Dangers Rise as America Retreats
A Shameful History of UAE Detaining and Torturing People
Who is Forcing Whom to the Negotiating Table?
Opinions 890 Putin Barbarism 95 Putin Terror 426 Syria News 1146