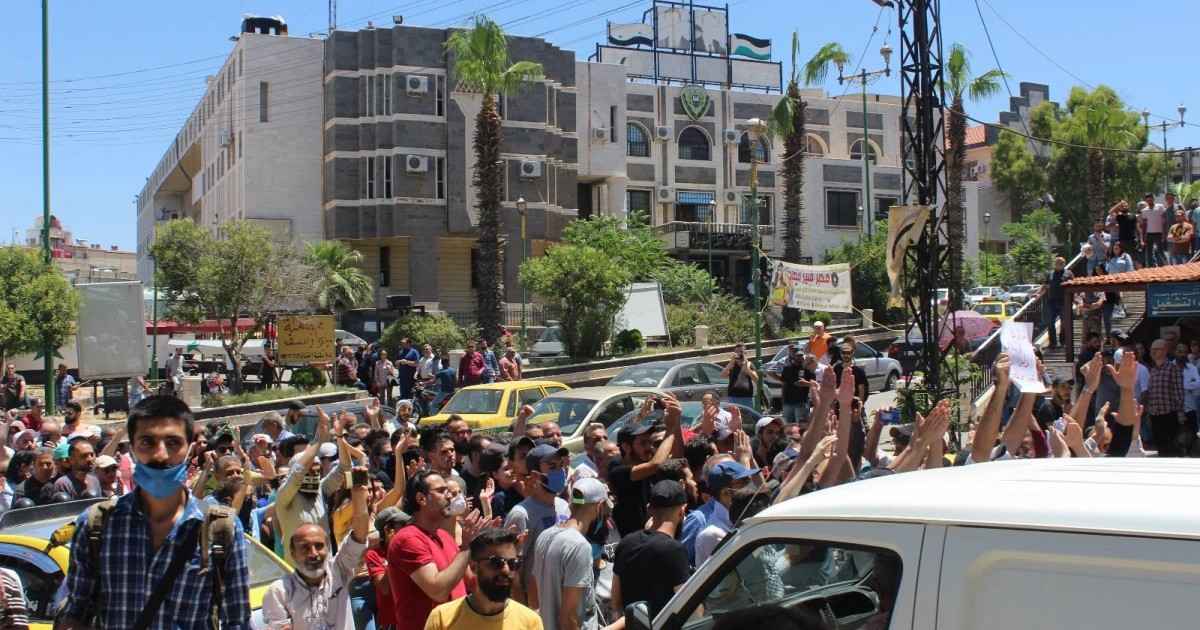 Assad Cracked Down on Druze Protesters

Assad cracked down on Druze protesters Monday in a southern city that has seen days of anti-government protests amid a crash in the local currency and sharp price increases, opposition activists said. The Druze community in Syria, a dynamic minority, lives under stifling conditions and oppressive measures at the hands of the Alawite minority-controlled Assad regime.

Monday’s crackdown is the first since protests began in the city of Sweida last week. Hundreds have been demonstrating incessantly over deteriorating living conditions.

According to dissidents on the ground, the government supporters attacked the protesters in Sweida with steel rods and batons wounding several. The Assad security forces detained more than 10 protesters.

ASSAD IS THE EVIL THAT NEVER SLEEPS

After the first wave of detentions, more protesters hit the street in solidarity with the detained. The second wave of demonstrators demanded the release of those detained. Some protesters also called for the overthrow of Assad, who remains the least popular man in Syria. Assad has caused the death of 700,000 Syrians and the displacement or exile of 11 million Syrians. That’s half the country.

The economic meltdown comes ahead of new U.S. sanctions against any entity or country that does business with the Syrian government. The sanctions are due to take effect later this week but they have shaken the already teetering economy.

Known as the U.S. Caesar Syria Civilian Protection Act, the sanctions are expected to worsen the already dire economic situation in Syria. According to U.S. data, some 90% of Syrians live under the poverty line. Yet, Assad remains in power exacting revenge, vindictiveness, and the authority of a little man.

The national currency, the Syrian pound, has tumbled in recent weeks, reaching a record low to the dollar. The pound, which traded at 47 pounds to the dollar before the 2011 uprising, plunged to over 3,000 to the dollar last week.

Prices of basic goods have skyrocketed while some staples have disappeared from the market. Merchants and the public struggled to keep up with the rising cost of living.

Assad Cracked Down on Druze Protesters

Sanctions Alone Against Assad Won’t Do It
The One Two Punch Assad May Not Survive
Does Anyone Really Believe Assad Has Won in Syria?
Assad Must Go 101 Assad Terror 247 Syria News 1213