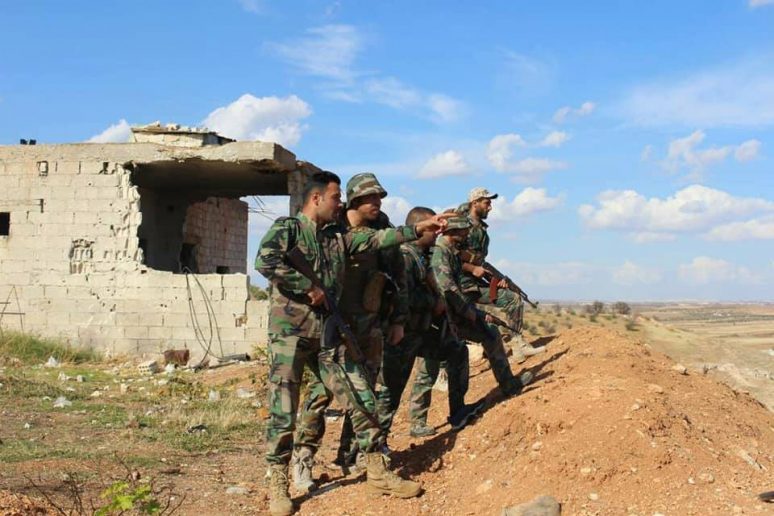 June 3, 2019 5:42 am 0
Trump Keeps Half Pregnant Presence in Syria
Turkey is Fully Engaged Militarily in War Against Assad
Assad Starves Syrians … to Legitimize His Terror

On Sunday, Israel struck Assad assets across the Golan heights a day after rockets were fired by a Syrian army post. According to Syria’s state media, the attack killed three soldiers.

This is the second such flare-up in a week.

Last Monday, Israel’s military said it attacked a Syrian anti-aircraft position that had fired on one of its warplanes. That attack killed a Syrian soldier.

The Israeli military said it struck Syrian artillery and aerial defense batteries in retaliation for Saturday’s firing of two rockets at the Israeli-occupied Golan Heights.

An Israeli military spokeswoman said it was still unclear who had fired the rockets; but Israel held Syrian army responsible for any attack launched from Syrian territory.

Israeli Prime Minister Benjamin Netanyahu said in a statement in which it said:

We will not tolerate any firing into our territory and we will respond with great force to any aggression against us.

In recent years, Israel has carried out hundreds of strikes in Syria against its regional arch foe Iran and the Lebanese Hezbollah group, which it calls the biggest threat to its borders.

Israel believes correctly both Iran and Hezbollah are trying to turn Syria into a new front against Israelis.

The White House said on Wednesday that national security adviser John Bolton and his Israeli and Russian counterparts will meet in Jerusalem this month to discuss regional security issues. Russia intervened militarily in the Syrian war on Assad’s behalf in 2015, turning the tide of the war.