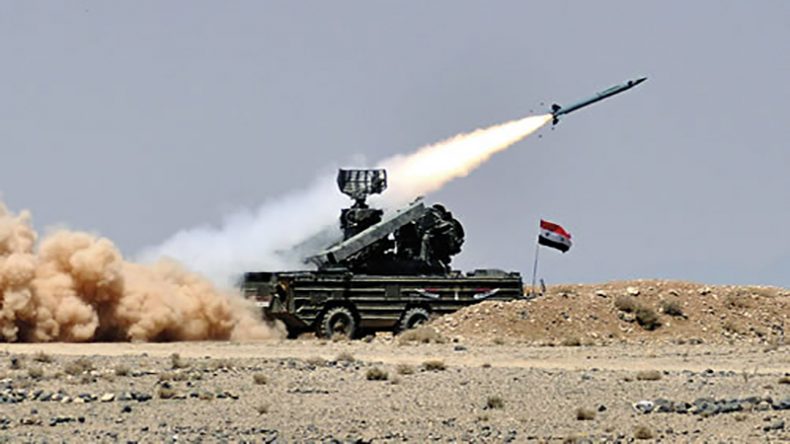 After Idlib Assad Attention Will Swing Against Israel

August 25, 2019 7:07 pm 0
While the West Battles a Pandemic the Nefarious Conspire
Surviving Assad Missiles
Will Arab League Invite Iran Into the Chicken Coop?

For those who are clueless about Assad vindictive, petty mind, watch Assad’s next move after he runs over Idlib. After Idlib Assad attention will swing against Israel.

Aiding Iran in its quest to destroy Israel, Assad sees his own salvation. A blackmail routine Syrians are familiar with, which might go along these lines: “Convince the US to help reconstruct Syria and I will behave”. A war against Israel, with Iran by his side, is Assad’s exit strategy.

Much of the civilized world wants the extremists in Idlib captured or killed. But Assad is not interested in a singular goal for the last bastion battling his rule. The butcher of Damascus wants total control and total submission of the 3 million civilians hiding from his terror. Additionally, he wants to teach Idlibites a lesson for standing up to him.

But to have total control, the illegitimate ruler needs funds to lift his economy to any semblance of normalcy. Something that cannot happen without the US and Europe coming to his aid. To force them, Assad will join Iran in a direct war against the State of Israel to strike that deal.

IRAN AND RUSSIA ARE ON-BOARD

Each ally of Assad has its own reasons to go along with this scheme.

Iran will have unfettered access and Russia will dodge an economic bullet if the United States picks up the funding slack on Syria. Because after Assad secures Idlib, the question of Syria’s reconstruction becomes the top priority for both Assad and Vladimir Putin. To obtain these funds, Assad needs to force Israel into striking an agreement with him.

A war against Israel, with Iran by his side, is Assad’s exit strategy

That’s the most plausible scenario. How Israel responds to Assad’s next move depends on how important it is to keep Assad fighting for Idlib rather than turn his attention to Israel. As such, Idlib must not fall to Assad. As long as the extremist elements are contained and fighting for survival, we must stop Assad from winning in Idlib. Keeping him busy with this obsession is a strategic move. Freeing him from Idlib battle means freeing him to damage on other fronts.

The United States must consider a No-Fly-Zone over Idlib in return for disarming the extremists. Let the three million civilians decide their fate by selecting their safety over theirs. Assad will never quit on Idlib, which means he will continue battling on the ground thus keeping him occupied from engaging in other ill-advised acts of terror.

Idlib must not fall to Assad. If it does, there is a good chance Assad will turn his attention to opening a front against Israel in order to obtain the funds he needs to reconstruct Syria.

After Idlib Assad Attention Will Swing Against Israel