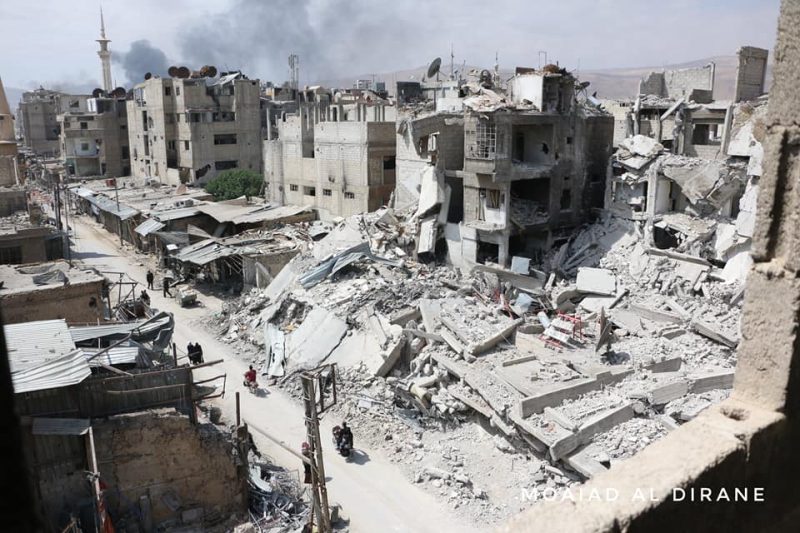 Assad Survives US Strikes for Another Upcoming Massacre in Idlib

April 15, 2018 1:44 am 0
Saudi Arabia calls for urgent U.N. meeting on Syria
Assad Will Pay for His Crimes With More Terror
America Enters Warning Stage Against Assad. It’s Like Window Shopping.

French Foreign Minister Jean-Yves Le Drian warned of a humanitarian disaster in the rebel-controlled Syrian city of Idlib, which could be a next target of the Syrian army. Assad survives US strikes for another upcoming massacre in Idlib.

The northwestern Idlib region remains the largest populated area of Syria in the hands of insurgents fighting the Damascus government. In recent years, tens of thousands of fighters and civilians have fled there from parts of the country. The Assad army has recaptured with the help of Russia and Iran.

Le Drian said Idlib now has some 2 million inhabitants, including hundreds of thousands of Syrians evacuated from rebel-held cities taken back by the Syrian regime.

“There is a risk of a new humanitarian disaster. Idlib’s fate must be settled by a political process, which includes disarming the militias,” Le Drian said in an interview with French weekly Le Journal du Dimanche.

Some insurgent officials have said they feared an onslaught against Idlib, which a senior Iranian official has indicated could be the next target.

He added that France would also keep a close eye on the situation in northeastern Syria. The region was freed from Islamic State with French help.

Let’s not forget that our principal enemy remains Islamic State, as well as other terrorist groups which are currently regrouping in the east of the country.

The insurgents controlling Idlib include both jihadist factions and nationalist FSA rebels. The dominant force there is Hayat Tahrir al Sham, an Islamist alliance spearheaded by the former al-Qaeda affiliate in Syria.

Le Drian also said Russia was denying reality in Syria and that its protection of Baschar al-Assad could not be justified.

There is a denial of reality, and he have seen this several times

He said that already in 2013 and 2017 the Russians denied the Syrian regime had used chemical weapons. At the time verification mechanisms already put in place by the United Nations had placed responsibility on the regime.

“It is no wonder that Russia voted against the renewal of this mechanism last autumn,” he said. He added that when France proposed last week to put in place a comparable mechanism, Russia vetoed it.

Assad Survives US Strikes for Another Upcoming Massacre in Idlib