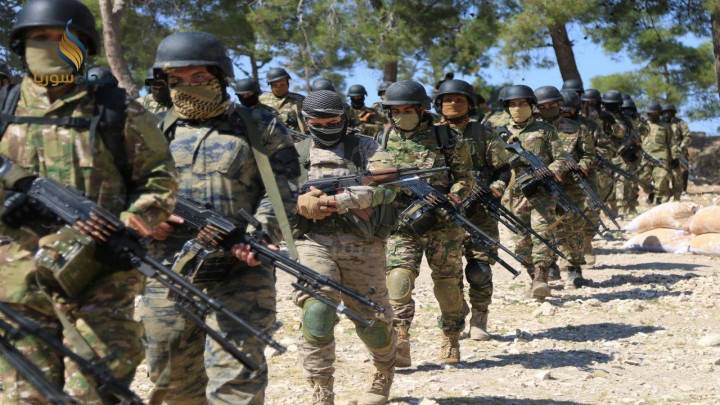 August 16, 2019 8:38 am 0
Psychopath Assad Threatens the Whole Middle East
Security Colonel Killed in Homs Result of Lack of Security
It is not about the Alawites of Syria, It is all about Assad

A rebel group backed by Turkey will send reinforcements to the front lines of the last major rebel enclave in northern Syria to oppose a government offensive, it said on Thursday.Officially, Erdogan is battling Assad in Idlib directly. Turkey cannot afford more Syrian refugees; nor can Erdogan afford to stake his reputation on a losing outcome.

Over the past week, the Syrian army has advanced towards the town of Khan Sheikhoun in Idlib in a pincer movement that could encircle the southern part of the rebel enclave.

The British-based Syrian Observatory for Human Rights said on Thursday that the rebels had launched a counter-attack on the eastern pincer at the village of Sukeik, and that dozens had been killed in the fighting.

The National Army and National Liberation Front, rebel groups Turkey both supports, have joined forces to oppose the offensive. The National Army will send more of its fighters to the front lines, its spokesman said on Thursday.

While the National Liberation Front normally operates in Idlib, the National Army’s strongholds are located close to the Turkish frontier in an area north of Aleppo. Many consider the Jihadist Hayat Tahrir al-Sham the most powerful group in Idlib.

Colonel Mustafa Bakour, a commander in the Jaish al-Izza rebel faction, which is also active in the conflict area, told Reuters that rebel forces had advanced against government forces in the east of the province.

On Wednesday, rebel fighters shot down a Syrian military Sukhoi 22 jet near Khan Sheikhoun. The town Assad gassed with sarin poison in 2017.

Eight years of war in Syria have killed over 600,000 people. It also drove half the population of 22 million from their homes; to include more than 6 million as refugees to neighboring countries.

Since Russia joined the war on his side in 2015, Assad has managed to regain some control. He crushed the more liberal groups like the Free Syrian Army while he empowered ISIS to scare the west.

The United Nations and aid agencies have warned of a new humanitarian catastrophe in northwest Syria. Hundreds of thousands of people have fled their homes since the government’s offensive began in late April.

On Wednesday a U.S. agency which supports health facilities in opposition-held areas of Syria said government airstrikes had targeted an ambulance center, killing a paramedic, an ambulance driver and a rescue worker who was trying to free them from the rubble.

Mark Cutts, a U.N. official working on Syria, condemned the strike in a statement. He said:

[It] highlights again the horror of what’s going on in Idlib and northern Hama.