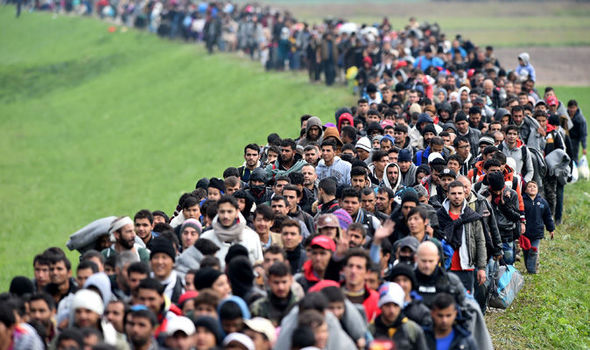 Turkey Will No Longer Stop Syrian Refugees From Reaching Europe

Faced with a new wave of Syrian migrants and 22 more dead soldiers in Idlib, Turkey will no longer stop Syrian refugees from reaching Europe, a senior Turkish official said late on Thursday as President Tayyip Erdogan chaired an emergency meeting.

A war monitor said the toll was 34 Turkish soldiers Syrian air strikes killed in Idlib. Russia has been helping Assad with manpower, logistics, and satellite imagery. The offensive has resulted in nearly a million civilians to flee the Assad/Putin violence. They are moving towards the Turkish borders since December as Russia-backed Syrian government forces took territory.

THE MORE REFUGEES TO EUROPE, THE BIGGER VICTORY FOR PUTIN

In anticipation of the imminent arrival of refugees from Idlib, Turkish police, coast guard and border security officials have been ordered to stand down on refugees’ land and sea crossings, the Turkish official told Reuters.

Turkey hosts some 3.7 million Syrian refugees. Under a deal agreed in 2016, the European Union has provided billions of euros in aid; in return, Europe asked Ankara to stem the influx of migrants into Europe.

Assad’s forces of terror, supported by relentless Russian air strikes, have pushed hard in recent months. their aim is to retake the last large rebel-held region in northwest Syria. Syria’s civil war has been raging for nine years. Assad has displaced millions and killed over 600,000 Syrians.

NATO-member Turkey has sent thousands of troops and heavy military hardware into Idlib province to back its allied rebels against the offensive.

Erdogan, who has warned Turkey would push back the Syrian forces unless they pulled back, held an emergency meeting late on Thursday with his staff due to the attack, two Turkish officials said.

The Turkish presidency said the meeting in Ankara lasted two hours but gave no details.

The latest fatalities come after the Turkish military death toll in the region reached 21 so far this month.

Turkish and Russian officials held talks in Ankara on Thursday. Two previous rounds in Ankara and Moscow have not yielded a sought ceasefire deal.

Earlier on Thursday, Russian state television said Turkish military specialists were using shoulder-fired missiles to try to shoot down Russian and Syrian military aircraft over Idlib. If true, it would be a development that would mark a serious escalation of the conflict.

Turkey Will No Longer Stop Syrian Refugees From Reaching Europe