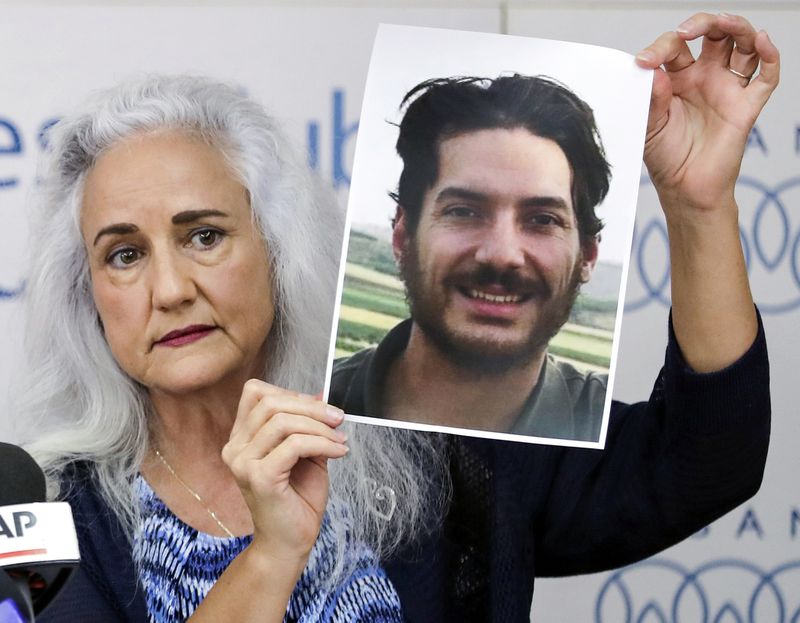 August 12, 2019 10:04 am 0
From Israel With Love: How Powerful a Magnet Assad Is to Terror
The Caesar Act is the US Answer for a Diplomatic Regime Change
Germany is Set to Prosecute Assad Torturers

The Assad regime, like its counterpart in Iran, has acquired this nasty habit of kidnapping westerners for no reason other than to blackmail and extort the west. To stop this serial habit, Trump must punish Assad kidnappings using a policy that returns them home all safely.

Extortion is one of the Assad family’s premier talent. Just ask the Gulf leaders who dealt with them over the last 40 years. How do you think the Assad family got to be worth $59 Billions?

Lately, the regime in Damascus, known for its brutality and barbarism, released a Canadian it kidnapped a year ago. Reuters wrote:

Canadian Kristian Lee Baxter, detained while traveling in Syria last year, was freed on Friday, the second Westerner released by the Syrian government in two weeks …

The other kidnapped westerner the Assad regime released was American Sam Goodwin. Just because he did not have a visa when he entered the country. Why not? Because there is no Syrian embassy in the United States to apply for a visa. The Bush administration closed it down for actions unbecoming of its Ambassador Imad Mustapha and his title.

One of those actions involved conducting an intimidation campaign against Syrian dissidents using the basement of the embassy as a war room. Intimidation included threatening dissidents that their parents back home are in danger should they continue to oppose Assad.

For someone who uses sarin to kill women and children, threats like these are a gift.

In effect, Assad kidnapped Sam Goodwin to punish the US for closing his embassy in Washington DC. It was to remind the US that its citizens, who cannot apply for a visa, are at risk of being kidnapped.

The most famous American the Assad regime kidnapped is Austin Tice. The journalist, whose family has lobbied two U.S. Presidents, remains hopeful a diplomatic accommodation of sort between the US and Syria might eventually bring him home.

Although TFS is skeptical, the latest pressure on Iran might prompt the Mullahs to order his release in the hope both Iran and Hezbollah might earn some political goodwill with President Trump. Assad has been holding Tice since August 11, 2012. Seven years exactly as of yesterday. We wish his family much strength, and hope that Austin comes home very soon.

Secretary of State Mike Pompeo met with the families of the kidnapped Americans. He reiterated a long standing US policy:

Please remember that any payment to a terrorist or a terrorist regime gives money so that they can seize more of our people. We cannot accept that risk. You wouldn’t ask that of us.

Privately, the families have been assured the US is doing all it can to bring their loved ones home from the clutches of Syria and Iran.

Just remember that the barbaric Assad is behind kidnapping Austin Tice to extort money or seek demands related to opening normal diplomatic channels between the US and Syria. Assad is craving for US recognition on the world stage. In his little bird brain, he thinks Tice might be his ticket. Plus maybe few hundred millions the way Barack Obama paid $400 million to obtain the release of 4 jailed Americans in Iran.

Would it make sense for some exceptional American mercenary outfit to kidnap Assad’s family members in London for an exchange? It really is not that hard if the British play along.