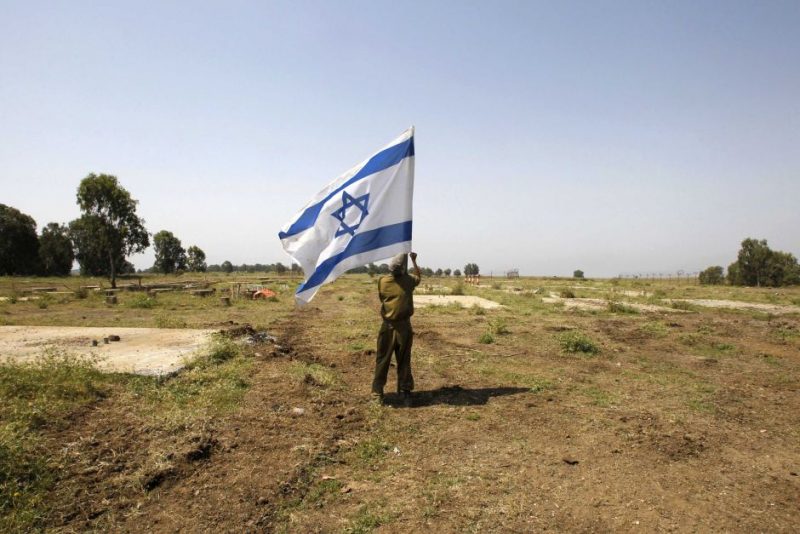 Cry For Me Syria As Israel Carves Out Its War Booty

U.S. President Donald Trump said on Thursday, in a moment to cry for me Syria, it was time to back Israeli sovereignty over the Golan Heights. This was expected after Senator Lindsey Graham visited the Heights on March 11 and promised to lobby for Israeli sovereignty.

After 52 years it is time for the United States to fully recognize Israel’s Sovereignty over the Golan Heights, which is of critical strategic and security importance to the State of Israel and Regional Stability!

Recognition of the disputed area, captured by Israel in the 1967 Middle East war and annexed in 1981, would mark a major shift in U.S. policy days before Netanyahu arrives in Washington to meet with Trump and address the American Israel Public Affairs Committee (AIPAC).

Netanyahu has been pressing for the United States to recognize its claim to sovereignty over the Golan Heights. He raised that possibility in his first White House meeting with Trump in February 2017.

Trump’s move on Thursday was his most overt yet to help Netanyahu win the April 9 elections in Israel. Netanyahu faces a tough opponent in a closely contested race.

“You’ve made history,” Netanyahu told Trump in a phone call after the announcement, according to Netanyahu’s office.

The prime minister had been expected to raise the issue again with Trump during his visit to Washington, an Israeli official said.

At a time when Iran seeks to use Syria as a platform to destroy Israel, President Trump boldly recognizes Israeli sovereignty over the Golan Heights. Thank you President Trump! @realDonaldTrump

Richard Haass, a former senior State Department official who is president of the Council on Foreign Relations, said in a tweet he strongly disagreed with Trump’s Golan decision.

He said the move violates U.N. Security Council resolution 242, “which rules out acquiring territory by war and serves Israel as it says all states have right 2 live in peace.”

Trump remains popular in Israel, and his advisers have been developing a Middle East peace proposal for release sometime after the Israeli elections.

The Golan announcement could help Trump improve his standing in America’s pro-Israel camp; especially among his base of evangelical Christians. Just ahead of next week’s annual convention in Washington of AIPAC, the nation’s most influential pro-Israel lobbying group.

BLAME ASSAD AND HIS BACKERS

Syrians should not blame Israel or Donald Trump for that matter. The blame falls squarely on Assad and his backers who felt compelled to chant “Assad, or we will burn the Balad” (Balad means ‘country’ in colloquial Arabic) rather than respond to the peoples’ wishes.

Did Assad really expect that destroying the country was going to make Syria stronger? He leveled Syria to the ground just to remain her absolute brutal ruler. This is a moment for Assad and his supporters to chant: Cry For Me Syria.

Many claim Assad is coming out victorious from the civil war. Really? Just count the ways in how Syria is falling apart, while Assad still acts like a president of a sovereign and whole country. Syria is anything but whole today.

The Kurds control Northeast Syria while the United States protect them from Turkey, Iran, and the Assad regime.

Syrians escaping the Assad regime have carved out the province of Idlib.

Southeast Syria is ready to flare again as Assad re-erects repugnant statutes of his father in town squares.

Now Israel wants to carve out its share of Syria while Assad supporters’ chant still rings in its ears.

Had Assad abandoned his violence in favor of coexistence in a new Syria, today’s Twitter by Trump might have said:

After 52 years of wars, Syria and Israel are striking a permanent peace that would see the two countries live side-by-side and the Golan Heights returned to the new peaceful government of Syria.

Maybe Assad supporters should start chanting “Cry For Me Syria” instead.

Cry For Me Syria