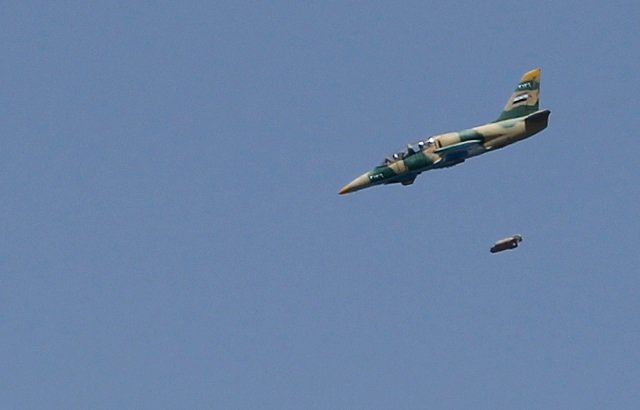 At least 14 people, including 10 students, were killed when a Syrian fighter jet bombed a high school in northern Syria, opposition activists said.

Dozens of others were wounded at the High School of Commerce, which is located in a rebel-controlled area of Raqqa, the Syrian Observatory for Human Rights and the Local Coordination Committees of Syria said.

The death is expected to rise due to the seriousness of the injuries, the opposition activists said.

Graphic amateur video posted by activists showed dismembered body parts strewn across the high school. Blood was spattered on the sidewalk and the walls of the building.

CNN cannot independently verify the authenticity of the video

There was no immediate response from the Syrian government through its state-run media.

The United Nations says more than 100,000 people, including many civilians, have been killed in Syria’s two-year-old civil war.