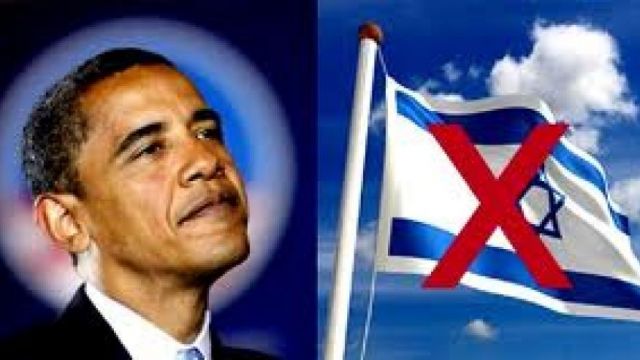 September 30, 2013 7:47 am 0
It is unconscionable to strike grain silos in northern Syria
Kofi Annan’s Peace Plan
Iran is leading Obama by his nose

In late 2011, high officers from the Syrian army were beginning to defect.

For the record, all the officers defecting were vetted by the Assad regime; otherwise, they would have never reached the ranks of Generals and Colonels in Assad’s  army. As their numbers swelled, they extended a hand to the United States to assist them with weapons Arab countries were willing to pay for to help them defeat Assad, and indirectly Hezbollah and Iran. None was coming.

Just as the new Free Syrian Army was desperately chasing weapons, I met with an EU official who told me that the Obama Administration has imposed an arms embargo on the defecting units from the Assad Syrian Army. The embargo ordered all US allies not to ship any weapons to the rebels. Later, pressured by his illogical decision, Mr. Obama modified it to include only small weapons. An AK-47 against SCUDS. It is clear that Mr. Obama did not want Assad defeated.

Obama’s hate for Israel is preventing him from defeating her enemies.

At the time, the reasons the officers were defecting had to do with the atrocities Assad was indiscriminately committing against civilians. Sunni vs. Shia was an issue no one discussed because it played no role. Hezbollah remained in Lebanon, the IRGC in Iran, and the foreign Jihadists had not materialized.

For a President who hides behind “Americans are tired of war” and “The US should not police the world”, why was he imposing an arms embargo on liberal and secular units from the Syrian army willing to defeat our enemies when those units were not asking for US boots, US funds, or any other angular excuse Obama supporters invent? When they saw the resistance to the No-Fly Zone, the FSA dropped it.

The embargo was never made public but it was later confirmed by the Saudis who spoke about it off the record to Syrian oppositionists I was in contact with.

As an American, I can appreciate the President if he said, “I am not willing to drag America into another war”, but it makes no sense to me when he blocks the natural allies of the US, neighboring Israel, from defending themselves and defeating America’s enemies when US help is not required. It was obvious he wanted Assad to win. Why is the question we all must ask.

The first meeting of the Syrian opposition took place in Istanbul with the help of the US State Department. The Eastern Orthodox Church relinquished Constantinople in 1453 to the Ottomans using force. If we wanted to defeat Assad who protects well the Orthodox Church in Syria, the US could not have chosen a worse place to invite and unite the Syrian opposition under the watchful eye of the Muslim Brotherhood. It immediately rallied the minorities around Assad who rightfully feared repercussions from the Islamists Mr. Obama supported; it also electrified Russia’s Putin to stand firm behind Assad to please the Church whose support he needs at home.

There is a good reason why Mr. Obama outsourced the Syrian policy to PM Erdogan. A Syrian opposition controlled by the Muslim Brotherhood protected Assad.

Just two years earlier, Mr. Obama watched the Iranian people rise against their oppressors and did not lift a finger to assist them to remove the terror masters in Tehran or at least threaten their miserable existence.

Everything the Obama Administration has done in the last three years, when it comes to Syria, empowered Assad and weakened the liberal defectors in the FSA. It also invited the Jihadists to join the rebels thus making Syria a bigger mess than ever imagined. Assad may have destroyed Syria but Obama buried it. We call this Obama’s hate for Israel.

So, please do not tell me with all the facts and past actions of this administration that it is irked by our calls of their incompetence. They would rather be called incompetent than Jew haters. My people are dying like flies because the President of the United States cannot control his urge to punish people and countries he dislikes deeply by masking his support of their enemies.

I did not arrive at my conclusion lightly. After almost five years of observing how Mr. Obama responded to the Arab Spring, and how he ignored potential, or existing, US allies across the board whose only common denominator is to threaten the US ally Israel, I stand by my Blogs.