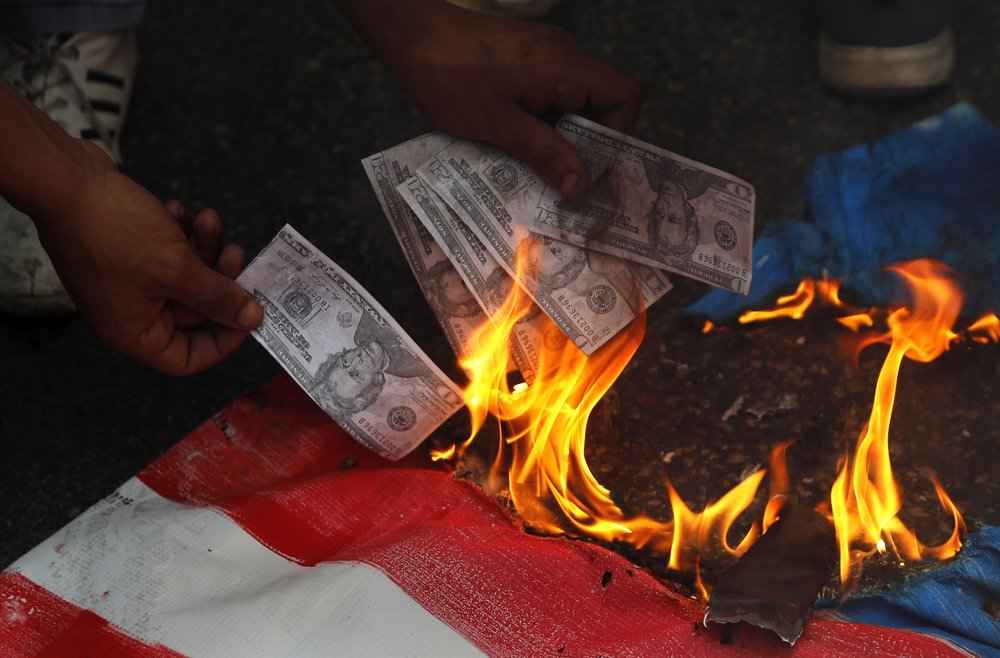 July 10, 2020 9:25 pm 0
Is Trump Abandoning Syria Prelude to Iranian Regime Change?
Dumb Putin Got Assad But the US Got Syria’s Oil
US Strikes Against Iranian Terror Proxies Are Long Overdue

Dozens of Lebanese protesters held a raucous anti-U.S. rally outside the fortified American Embassy in Beirut on Friday, denouncing what they said was Washington’s interference in Lebanon’s affairs while some chanted in support of the militant Hezbollah group. The rally came in retaliation to criticism leveled by the U.S. Mission in Beirut. U.S. Ambassador Shea touched a raw Hezbollah nerve with her on-target exposure of Hezbollah stealing billions from the government coffers.

The crowd, made up of mostly men, hurled stones at riot police near the embassy, from which they were separated by layers of barbed wire. Some protesters tried to remove the wire, at which point they were sprayed with water cannons.

In 1983, Hezbollah played a centrist role in bombing the U.S. Embassy in Beirut. The suicide attack killed 17 Americans, 32 Lebanese, and 14 innocent passers-by.

The protesters burned American flags and mock-up dollar bills, calling the U.S. the “mother of terrorism.”

While Hezbollah protesters mocked the dollar, AP wrote a story about the U.S. dollar becoming the most precious commodity in Lebanon.

A week ago, a pro-Hezbollah judge attempted to silence the Lebanese media by blocking it from interviewing the U.S. Ambassador Dorothy Shea. The effort failed miserably.

The riot police eventually escorted the crowd away from the embassy area.

This is the second anti-U.S. protest in Beirut this week amid strained U.S.-Lebanese relations. Although the U.S., along with Israel and some other Western countries, has designated Hezbollah a terrorist group, Washington is also a major donor to the Lebanese Armed Forces.

US Embassy and Ambassador Shea should contemplate providing facts about Hezbollah corruption and pilfering the national treasury. It will go a long way to discredit Hezbollah’s choke hold on Lebanon; even though the terror group is trying hard to divert the attention towards the U.S. Embassy protests.

Thanks to Hezbollah corruption, Lebanon is facing its worst economic and financial crisis, which has triggered anti-government protests and created domestic political tension between rival groups.

Dozens of Lebanese also protested Wednesday near the Beirut airport, on the day Marine Gen. Kenneth McKenzie, the commander of the United States Central Command, visited Lebanon. The protesters denounced his visit and chanted “Death to America.”