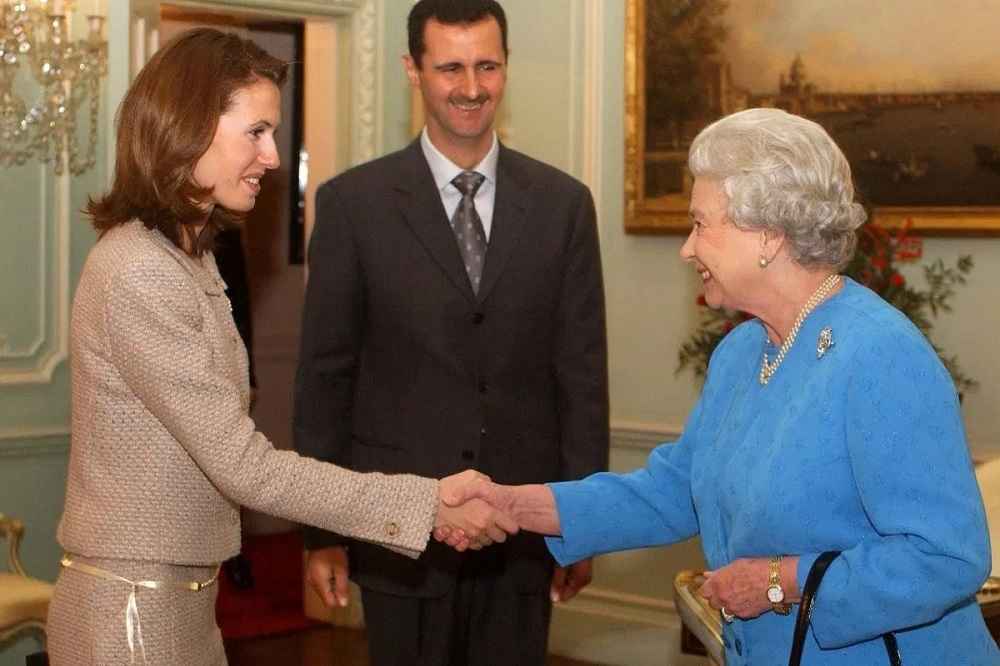 UK Must Treat Asma al-Assad Like it Treats ISIS Wives

July 11, 2020 10:30 am 0
The Two Most Oxymoronic Words in the Arab World
Assad Shelf Life Will Expire Soon
U.S. Says Syria Is Buying Oil From Islamic State

The difference between ISIL and the Assad regime is one thing only: One rules a country with a U.N. seat, and the other is an organizatio non grata. That U.N. seat, and all the accoutrements that come with it such as treaties, conventions, or respect for international law, is the only thing standing between treating Assad or Khamenei like the terrorists that they are and the Islamist ISIS terrorists the U.S. bombed to smithereens in Syria and Iraq. With that in mind, the UK must treat Asma al-Assad like it treats ISIS wives. Her British citizenship should not exclude her from the law as an accomplice to Assad terror.

As wife and enabler of Baschar al-Assad, Asma is as culpable as he is in killing innocent civilians and starving them to death. Under any law, the car driver in a bank robbery is a prosecutable accomplice.

This is why we consider the regimes of terror far more dangerous than a hodgepodge of terrorists. Many who try to attain legitimacy, like Hezbollah, because they vie for the same protection the world affords the likes of Assad. And the fact Assad has stolen the country seems not to matter to the world community. Syrians consider Assad their president as they consider an orangutan running a zoo.

Their bogus layer of protection, as rulers of a legitimate country, should not deter us from prosecuting their cohorts.

Honestly, there are many ways to lure Asma to London. MI6 has plenty of tricks up its sleeves.

There are many ways to lure Asma al-Assad to travel to England. In fact, any number of her family members living on British soil have broken few British laws. Hauling them to face justice is one way to lure Asma out of her hiding from her silky lifestyle, which is a forward step to treating Asma like Britain treats the ISIS wives. Except in this case, Asma is all-in supporting her husband’s killing machine when most of ISIS wives had no say in their husbands’ affairs.

It’s the Muslim way, you see. Women are just breeders.

Honestly, there are many ways to lure Asma to London. MI6 has plenty of tricks up its sleeves.

There is not one intelligence service around the world that believes Asma’s knowledge and access is not a treasure trove of information. By nature, the Assad regime, like North Korea, relies on secrecy for self-preservation. What Asma may know about the regime will get the west even closer to breaking its political will. Russia or no Russia, inside information is crucial to halt the Syrian tragedy and move the country towards reconciliation and peaceful co-existence.

It is almost shocking that such has not been tried already.

So, when the two tools, war or diplomacy, the international community relies upon to resolve conflicts fail, one must think outside the box.

THE UN IS UNABLE TO PROTECT SYRIANS

As demonstrable so vividly over the last nine years, the United Nations’ structure is ill-equipped to solve swiftly the Syrian tragedy. One veto is all it takes to paralyze it. Further, diplomatically-speaking, the Assad regime is deaf to the nth degree. One cannot reason with a mass murderer with his finger on sarin rockets. In fact, the West has been trying for over nine years to no avail.

Alternatively, a war is out of the question because of indefensible arguments and scenarios. The Iraq War remains fresh on the public’s mind.

So, when the two tools, war or diplomacy, the international community relies upon to resolve conflicts fail, one must think outside the box. Something the United States has executed brilliantly when it slapped the Caesar Act on the regime to hold Assad and his entourage accountable.

Now, it must do it again by picking Asma’s brain. The U.S. and the U.K. governments should think of her as they think of ISIS wives. She may wear Prada and look like the woman next door in Horsham, Sussex, but her mind is a cesspool of information. Information we must harvest pronto in order to get a step up on correcting the mistakes we made in Syria.

No thanks to President Barrack Obama.

UK Must Treat Asma al-Assad Like it Treats ISIS Wives