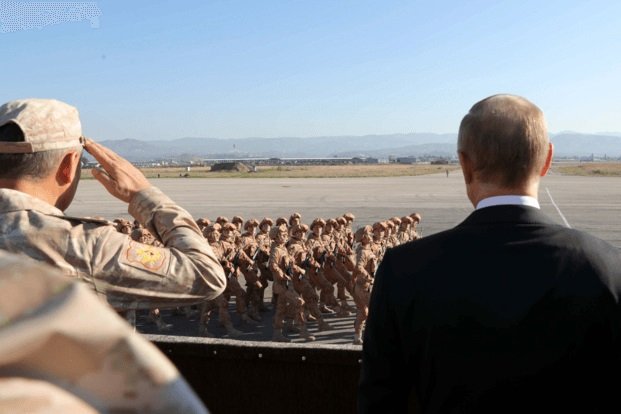 March 27, 2018 6:13 pm 0
Rest in Hell General Qassem Soleimani
What Else to Expect from an Islamist Terrorist Regime
Pentagon is Halting Training of All Saudi Military

The Military website published an article in which Defense Secretary Gen. Jim Mattis acknowledged, indirectly, how the U.S. assertively held its positions in Syria despite Russian denunciation. In effect, Putin Syrian lesson of watching hundreds of Russian mercenaries being blown to pieces has set the tone for U.S. presence in Syria.

It told Russia, we are here to stay. Now bugger off.

The article, of course, projected diplomacy in explaining the U.S. Armed Forces forceful message to the Russians. It stated:

Defense Secretary Jim Mattis on Tuesday said the U.S. has seen operations from Russian-affiliated forces in eastern Syria scaled back after U.S. fighter jets fired on hundreds of alleged Russian mercenaries who fought with U.S.-backed forces in early February.

If you recall, some 300 Russian mercenaries were killed by the U.S. Special Forces in Syria. It happened when the mercenaries attempted to advance on US positions to occupy nearby oil fields. The Assad regime is in dire need for cash. It signed an agreement with the Wagner Russian company for which Wagner was to be paid 25% from oil revenues of every field it liberated from the rebels. Instead, it met our U.S. Special Forces.

One thing for sure though, Putin Syria lesson might be a wake-up call to this thug. America the giant is no longer hibernating as it did during the wimpy and cowardly Obama era. We have new leadership willing and able to rise above small dictatorial men.