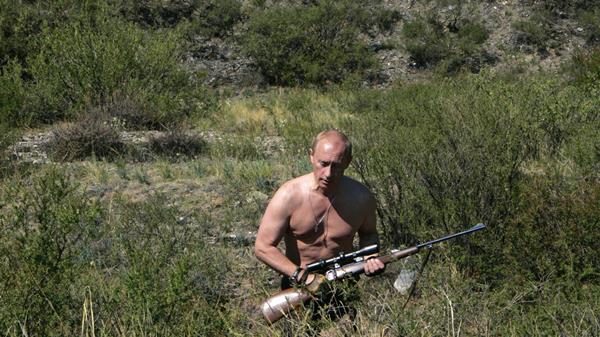 If you stand back and look at all the actions and threats that Vladimir Putin has perpetrated against the U.S., Europe, Ukraine, and Syria, you would soon realize that Putin is no different than ISIS disguised as a western leader playing bully with dire political and economic consequences to western civilization. Collectively, Putin becoming global threat to security and peace is something the world must take seriously.

Let us consider the latest investigations by Special counsel Robert Mueller of the FBI in which 13 Russians and three Russian entities were indicted for interfering in the U.S. elections. If one reads the 37-page report, one will find the depth of the investigation striking inside the heart of the Russian operations. Mueller produced evidence not even our man child and Putin admirer President can deny any longer. Putin becoming global threat to our own national security and domestic peace.

Then, we have another instance of Vladimir Putin’s Stalinist activities in the very recent NotPetya cyber attack against the Ukraine, which reached deep into Europe and the Americas literally paralyzing many western economies for an extended period of time.

The BBC described the attack:

The White House said June’s NotPetya ransomware attack caused billions of dollars in damage across Europe, Asia, and the Americas. UK Defence Secretary Gavin Williamson said Russia was “ripping up the rule book” and the UK would respond.

On Friday February 16, 2018, Rob Joyce, special assistant to the president and White House cybersecurity coordinator said that Russia will be made to pay for its acts of cyber aggression on the international stage. Putin becoming global threat is catching on at the highest levels.

Then, we have the Russian mercenaries stealthy attack in Syria against US forces and SDF allies in which our military responded courageously with a deadly counter attack that saw some 300 killed or injured Russian mercenaries meet their fate. The Pentagon’s short fuse with Russia and Putin himself is starting to make a difference on the battlefields.

In Syria, Vladimir Putin is committing crimes against humanity by targeting hospitals, schools, and markets where one finds civilians gather. His weapons, like those of Assad, have split Syrian families apart and shredded them to pieces. For that alone, the label “war criminal” should precede his name in every article written about his horrible exploits.

In 2014, while Barack Obama played tough against our ally Israel, Vladimir Putin, an enemy, invaded and annexed the Crimea in the Ukraine. Obama shook in his shoes and did nothing. Even when he knew Russians were interfering in our elections back in 2014 (According to the Mueller indictment), the royal wimp just stood by. He only implemented sanctions, reluctantly, in 2017 after Hillary Clinton lost to Donald Trump.

Furthermore, when Ukraine cried for help and weapons to defend against Putin, our cowardly president sent them tons of about-to-expire Ready to Eat Meals (MRE’s). The International Criminal Court called Putin’s invasion of the Ukraine a war crime. Obama called it an opportunity to play golf. The wimp should have stayed home in Chicago.

After Obama’s weak response to the Ukraine, Kremlin-sanctioned photos of bare chested Putin started appearing on the international stage. Putin’s submarines began appearing close to US territorial waters to threaten cables transmitting top Pentagon secrets. If Tchaikovsky had to write an opera about Putin and Obama, he would call it “A hungry wolf meets a sitting gazelle”.

The mistake Putin made is that he believed the lack of sophistication of the American voter translates into a state of stupidity of the the whole United States or that of Europe. Putin’s schemes are unfolding and his attacks on western societies is finally being taken seriously by those who fully understand the threat Putin poses to the United States.

When our airhead president was lauding Putin publicly, we believe our intelligence services were preparing and planning to confront Putin’s acrimonious behavior and threats. There is no doubt now, after the Mueller indictment, that Putin poses a threat to the security of the U.S., which must be confronted with severe consequences to include Putin finding himself being replaced by a Russian leader with whom the rest of the world can work with, not fear or battle against.