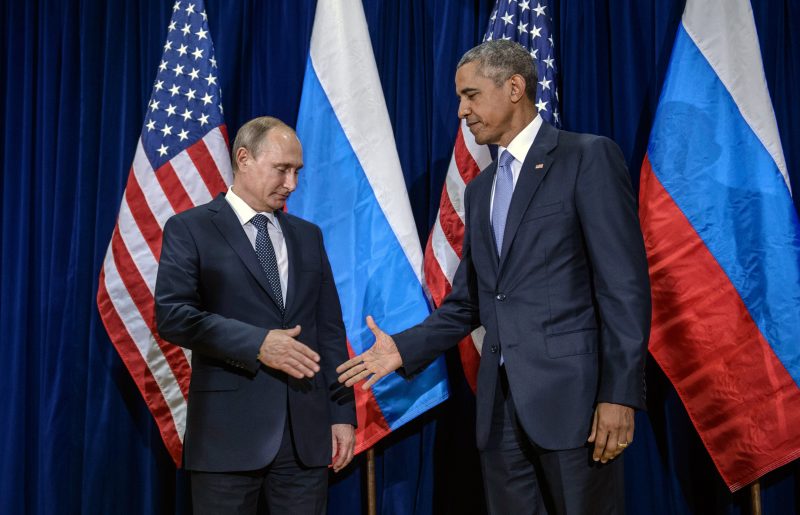 March 10, 2018 8:31 am 0
Putin Has Ordered an April Vote Despite Threat of Coronavirus
What Dirt Does Russia Have on You?
Russia Released List of Assad Agents Posing as Opposition

The Mail of London wrote a scathing article about our ex-commander-in-chief that should provide an eye opener for his supporters. Apparently,Wimpy Barack Obama refused to punish Putin for meddling in our 2016 elections.

The article is titled: ‘Stand down!’ Obama’s orders to national security officials who wanted to hit back at election-meddling Putin are revealed’. It reveals how Susan Rice ordered her NSC staff to “stand down” on any effort to stop Putin from his meddling.

In late 2016, as the extent of Russian election meddling was becoming clear, Obama administration security officials devised plans to hit back at Moscow, only to be shut down.

As they learned more about Russia‘s efforts to hack emails and even penetrate election systems, Obama security advisors debated the pros and cons of hitting back at Russia, whether to go public with what the administration knew, and how to get Russia to stop.

Two top Russia aides on the National Security Council, Michael Daniel and Celeste Wallander, believed the U.S. needed to strike back forcefully, according to the new book ‘Russian Roulette,’ by Michael Isikoff and David Corn.

The article, and the book, are a must-read historical account of a White House scared of its own shadow. We knew that every decision was micromanaged endlessly, but what the book “Russian Roulette” reveals is how timid Barack Obama was of causing waves. Or protecting our interests from our own enemies. There is a good reason we call him “The Wimp”.

If you ask Barack what happened, he will lay down one excuse after another to make himself look presidential and wise. Even brave. Wimpy Barack Obama refused to punish Putin for meddling in our elections.

In fact, Barack Obama was a coward of a president who could not find the courage to confront bad countries or bad actors. Obama’s best option was always to wait until the problem went away on its own. If anything, Trump is in the White House because of both Barack Obama’s policies; also, because he was remiss in his duties to protect us from Vladimir Putin.

The NSC staff wanted to hit Putin hard. They concocted a list of different options that could have ended Putin’s alpha wolf attitude towards a frightened Obama; however, Susan Rice told them to “stand down”. Who do you think gave Rice that order?

One of the authors of Russian Roulette, David Corn, is an avid progressive Democrat. For him to expose the troubling inner workings of Barack Obama’s White House is a big deal. Not too many Democratic journalists are willing to expose the truth about Obama.

Imagine what Hillary must be thinking. Maybe along the lines of: “I lost because of you, you pushover wimp”.