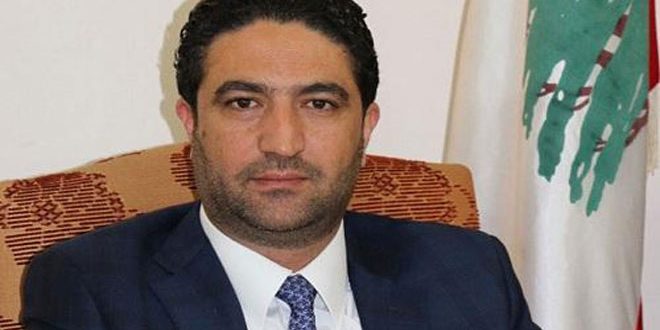 Over the last few months, the Lebanese Government led by its pro-Iran president Michel Aoun and his son-in-law Gibran Bassil, have targeted the Syrian refugees in Lebanon by making their lives a living hell. In return, the Syrian rebels are now returning the favor by targeting Lebanese pro Hezbollah officials for assassination. Syria’s war comes to Lebanon.

Gibran Bassil and Major General Abbas Ibrahim are the planners behind scooping up Syrian refugees the Assad regime wants them dead. Both also are behind passing laws to destroy refugee homes in Lebanon; as well as forcing Syrian families to return to Syria where many disappear in Assad’s dungeons of death.

Because of the ministers’ loyalty to Hezbollah terror and the Assad brutal regime, the Syrian rebels are starting to retaliate against these officials. One such attack took place in Lebanon today. Saudi-owned Asharq al-Awsat wrote:

Two bodyguards of a Lebanese Druze minister, who is close to Hezbollah and the Syrian regime, were killed on Sunday when his convoy came under fire in a mountain area near Beirut.

Saleh al-Gharib, Lebanon’s minister of state for refugee affairs, is a member of the Lebanese Democratic Party headed by Druze leader Talal Arslan.

Pro-Hezbollah ministers are acting against the interests of Lebanon in the service of Iran, a foreign nation. It was simply a question of time before the Syrian rebels took-up arms against pro Hezbollah ministers. They have been harming the Syrian civilians hiding from Assad in Lebanon for too long. While this attempt failed, many, in the future, will not. It is time Gibran Bassil and his mob paid a heavy price for their pro Iran, pro Hezbollah policies.

As Saleh al-Gharib went on TV to denounce the attack, Aoun called for an emergency meeting in Baabda. Suddenly, fear grip them after this attack.

These ministers will be running like rats now that they find themselves in the cross hairs of battle-hardened Syrian rebels. All of them thought that taking orders from Iran to cause the deaths of Syrian refugees is a stroll in the park. They brought upon themselves and Lebanon Syria’s war.

Other attacks will follow soon, and TFS hopes the next one takes a big toll upon those cowardly ministers playing with fire.