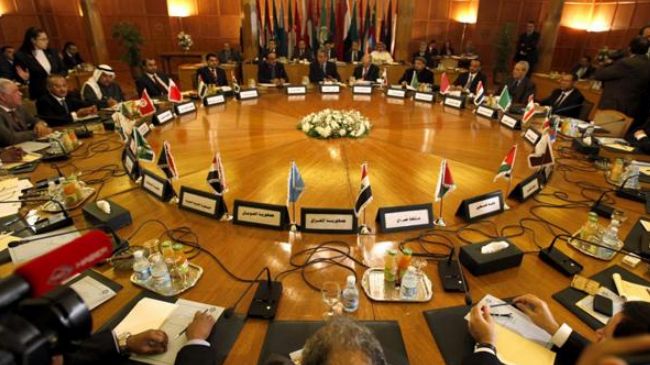 Will Arab League Invite Iran Into the Chicken Coop?

January 18, 2019 3:40 am 0
Dramatic rescue of baby buried in rubble in Syria
Assad Seizes Medical Aid Leading to Patients Dying
Assad is Stripping Family of Their Money

UPDATED-Iran and Russia are circulating rumors that the Arab League is poised to re-invite Syria to re-join its club during the summit it is holding in Beirut, Lebanon. Will Arab League invite Iran into the chicken coop?

Iranian puppeteers, like Hezbollah, saw the summit as an opportunity to reinstate Chemical Assad into the Arab fold. The pro-Iranian block wanted to use an Arab League foreign minister-level meeting, due to occur before the summit, as a chance to hold a vote on bringing Assad from the cold to its regional body.

When the majority of Arab states failed to appear for the summit, with the exception of Somalia and Mauritania, it dashed their hopes. Without a full vote by all Arab members, there is no chance Chemical Assad will make it past the concierge.

Why would the Arab league invite Iran into its exclusive, Arab-speaking club using proxies like the Assad regime? Why create the conditions for Iran to meddle into Arab affairs? For the sole purpose to weaken those very same countries it is trying to swallow through proxy wars and terror? Reinstating Chemical Assad is like inviting the wolf to share a meal with you. Who do you think will walk away with the king’s trove in this equation?

Recall that the Arab League suspended Syria’s membership in 2011 after watching Assad butcher his own people on live television. It imposed economic sanctions over Assad terror against innocent, non-religious civilians tired by the rule of a violent dictator. Some countries even withdrew their ambassadors to send even a stronger message. The question remains: Will Arab League invite Iran into the chicken coop at some point in the future?

Iran, today, is attempting to use this Arab platform to sow more discord and to poison the atmosphere by planting Chemical Assad to propagate its grand designs for the region. The day the Assad regime rejoins the Arab League will be celebrated by the supremo pervert Ayatollah Khamenei and the zealots serving his court. Their spy and agitator Assad will serve them well.

Credit U.S. Secretary of State Mike Pompeo who pressed the Arab League to refute the step. Furthermore, many Arab construction companies hoped to participate in Syria’s reconstruction when the Arab League reinstates Chemical Assad. Pompeo doused this idea with cold water calling it too early a concept. Blocking Assad from the benefits of western economic power is a powerful de-facto sanction that could yield political results against Iranian hegemony.

Iran has grand ethnic cleansing designs we saw it deploy in Syria. Any Arab leader believing this is not a march to convert Sunnis to Shiism is fooling himself. Moreover, any attempt to persuade Iran through diplomacy would fail miserably.

It’s just impossible to reason with a religious fanatic who thinks his God has ordained him to violently eradicate their God.

Will Arab League Invite Iran Into the Chicken Coop?