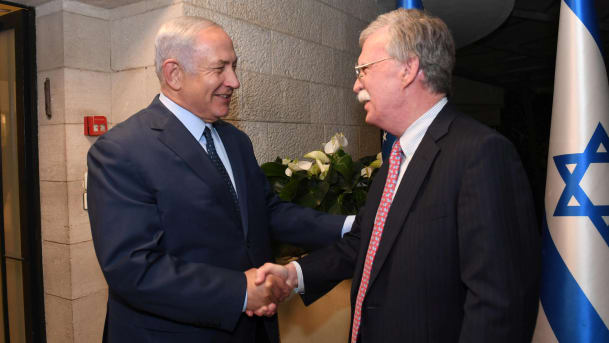 January 5, 2019 9:29 pm 0
The Idiot Guide to the Syrian Revolution (in 6 Paragraphs only)
Trump Syria Withdrawal Fiasco Without Securing Austin Tice Release
A Tale of the Four Horsemen of the Apocalypse

U.S. National Security Advisor John Bolton has warned the Syrian government it should not see the impending U.S. military withdrawal from the country as an invitation to use chemical weapons. In reality, Bolton warns Assad himself against chemical weapons use.

Bolton’s warning rings hollow as American leverage in the region has been systematically weakened. It is highly likely the Assad regime will ignore Bolton’s warnings and use chemical weapons in Idlib.

U.S. President Donald Trump said in December that U.S. troops had succeeded in their mission to defeat Islamic State militants.

The announcement, which took officials in Washington and allies abroad by surprise, contributed to Jim Mattis’ decision to resign as U.S. defense secretary and prompted concern that Islamic State could stage a comeback.

Bolton told reporters on his plane shortly before landing in Tel Aviv, Israel on a four-day visit to include Turkey::

There is absolutely no change in the U.S. position against the use of chemical weapons by the Syrian regime and absolutely no change in our position that any use of chemical weapons would be met by a very strong response, as we’ve done twice before. So the regime, the Assad regime, should be under no illusions on that question.

Trump has twice bombed Syria over the government’s alleged use of chemical weapons, in April 2017 and April 2018. In September a senior U.S. official said there was evidence showing the Assad regime is preparing to use chemical weapons in Idlib, the last major rebel stronghold in the country.

During both bombing instances, many experts believed the U.S. held back. The Assad regime repaired, the next day, the airfield the U.S. bombed. Bolton warns Assad today rings hollow.

The Assad regime killed more than 600,000 people during the Syrian war and forced 11 million Syrians to flee their homes.

As we elaborate how the (U.S. troop) withdrawal is going to occur and the circumstances, we don’t want the Assad regime to see what we do as representing any diminution in our opposition to the use of weapons of mass destruction.

If the regime uses chemical weapons, “a lot of options would be on the table … if they don’t heed the lessons of those two strikes the next one will be more telling,” Bolton said.