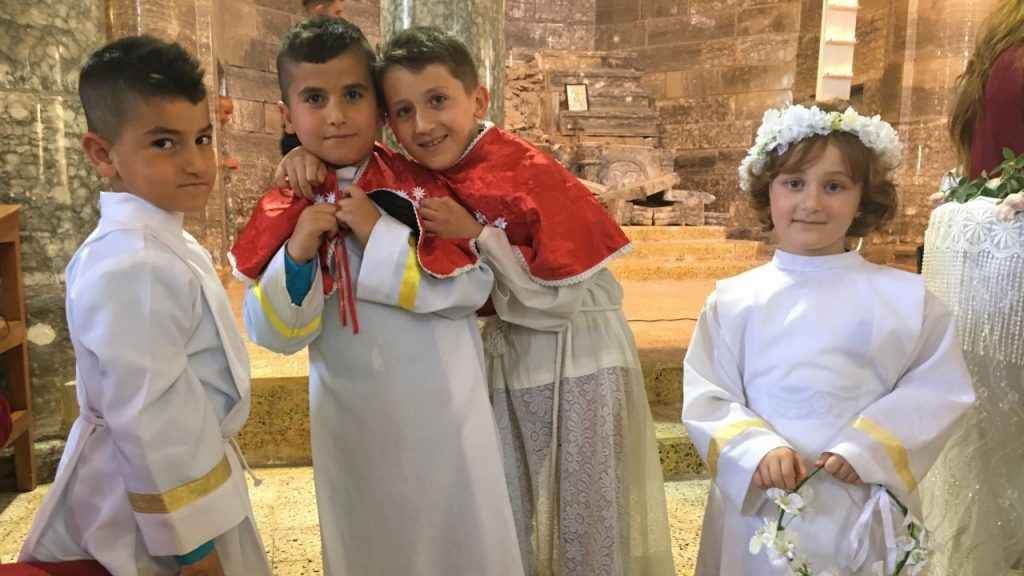 An Observation About the Dichotomy of Christians in the Levant

September 19, 2012 9:24 pm 0
Brutality, Cruelty, and Impartiality
Assad Has Answers for Every Threat Except the Free Syrian Army
Please Awaken Your Conscious to the Tragedy of the Syrian People

Our last Blog seems to have irked many Syrian Christians who wear a Syrian-American oppositionist hat for a while, then begin providing excuses of why freedom and democracy are not for Syria. They do this after meeting with US Government officials and switching between different opposition groups like a Wahhabi switches between his wives in order to collect information for the Syrian regime benefit. In fact, they never left Assad in the first place. Not to digress, we have an observation about the dichotomy of Christians in the Levant with regard to both the Syrian and the Lebanese civil wars.

In their emails to us, they cite today’s events in Syria as if they started yesterday between Assad and al-Qaeda. To them, videos of children dying in the arms of their parents or videos of Assad men slit the throats of men while hands tied behind their backs and still alive are normal routine. By the way, this is exactly how al-Qaeda killed Danny Pearl of the Wall Street Journal. Maybe it does not bother some to hear this, but we are certain it bothers many Christians who understand this is not what they wish for; yet, many support a regime that acts like al-Qaeda and kills like al-Qaeda.

We truly pity these weak souls. What they don’t realize is how cheap they sold their precious Christianity to the devil and along with it the lives of so many innocent minorities who may perish because of them.

But this is not the reason for this Blog.

WHAT LEBANESE CHRISTIANS FOUGHT FOR

In the Syrian Civil War however, there are no celebrations because there is no end; the war will freeze-frame once in a while before it loops over and over again. That’s the ugly side of sectarianism. It has the memory of a perpetually alive elephant. Just ask the Maronites of Lebanon what happened in 1860 to grasp my meaning.

CONSIDER ALL OPTIONS AND ALL OUTCOMES

We urge the wise among you to think about these numbers very carefully and the difference between what the Lebanese Christians fought for and what will the Syrian Christians endure if they continue on the same path. It will be a long time before images of the Assad carnage are forgotten; and this, my friends, is what will eventually defeat him.

Latakya will be the New Jerusalem for Muslim extremists.

Consider with us how tragic this would be for Syria, Lebanon, and the Christian communities in the Levant and North Africa!!!

An Observation About the Dichotomy of Christians in the Levant