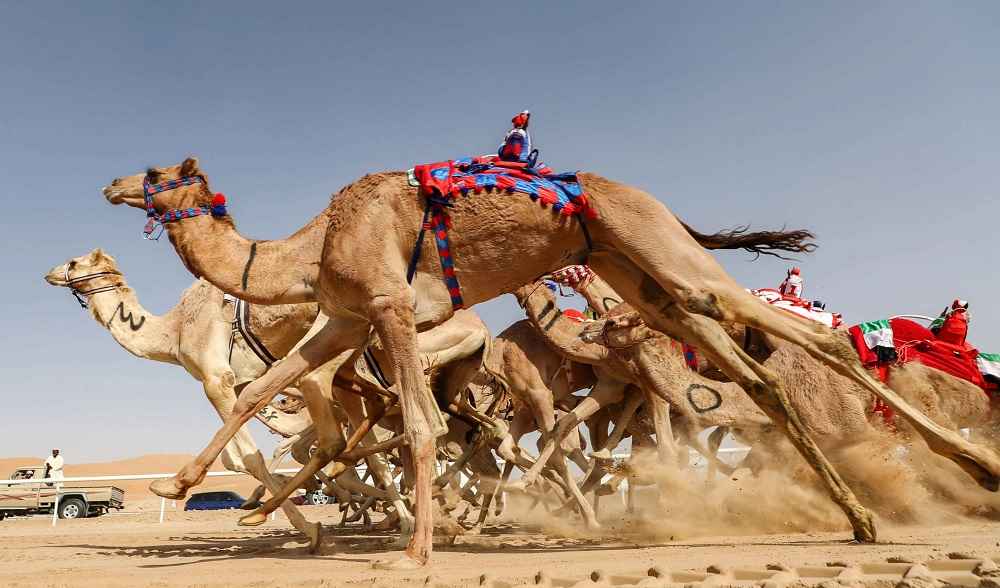 Of Camel Races Rifts and Culture

September 20, 2012 7:35 am 0
Something is Happening in Damascus
Are We Inventing Intelligence Now?
Every Syrian is a Simon Wiesenthal In-Waiting

Do you want to know why the Syrian opposition, the FSA, and those fighting inside Syria are so disorganized, so fragmented, and so disunited, then read Rania Abouzeid article published by Time Magazine. The title “Syria’s Secular and Islamist Rebels: Who Are the Saudis and the Qataris Arming?” tells the story right away. Of camel races, rifts, and culture.

As if it is not enough that the Syrian civil war has enough polarizing contradictions with Sunnis fighting Shia and Alawites, majority fighting minorities, Russia fighting the west, Iran fighting Saudi Arabia, resistance fighting stability, and now we add a new dimension: Qataris fighting the Saudis. In Syria.

CAN WE HAVE A CAMEL RACE INSTEAD?

We have a message to the leaders of both countries: If you want to compete against one another like school children, can we have a camel race in Riyadh or Doha instead and leave Syria alone? We don’t think they will agree either on where to hold the race should it come to this solution.

Syrians may not have much oil but we have one of the oldest civilizations in the world (Damascus is the longest continuously inhabitant city for almost 8,000 years). We do not care much about private vendettas two countries attempt to settle it on our lands.

Another excellent point Rania Abouzeid alludes to is what we call the culture of “It’s a gift from me”.

After the Lebanese civil war, ex-PM Rafik Hariri (RIP) deployed construction equipment in Lebanon to fix roads and highways to help the country recover economically and politically. Every truck had a large sign on its door that said “A gift from the Custodian of the Two Holy Mosques King Fahd bin Abdul Aziz”. In this case, they were real gifts from King Fahd with the help of Rafik Hariri. That’s how honest Hariri was.

In another case, US Aid, using US taxpayer’s money, built new sewage plants and re-engineered the Cairo sewer system. On the day of the inaugural ceremony, a very large banner stated “This is a gift from Hosni Mubarak to the people of Cairo”. In the upper far right corner was a very tiny emblem of US Aid. Mubarak did not pay a penny to build the sewage system.

It seems the Syrians entrusted with distributing funds and weapons are borrowing from the Mubarak and the Fahd books of “How to rule with somebody else’s money” by each stating to those at the receiving end that this is a “gift from me”. Never mind that the funds are Saudi funds. In the minds of those adopting this tactic, it’s a fast lane to fame and popularity.

Trust is in short supply in a country accustomed to corruption and evasiveness to avoid a hateful government. Had either country bothered to ask experienced Syrian oppositionists, they would have told them what to expect. They live these matters on a daily basis.

Before asking the Syrian opposition to unite, it may occur to the western voices behind those calls, to ask the Saudis and the Qataris to unite first. Neither of those GCC countries understands how much harm they are causing themselves fighting a far more cunning enemy with its cookbook in Damascus but its kitchen is in Tehran.

Of Camel Races Rifts and Culture